Flying in the right direction 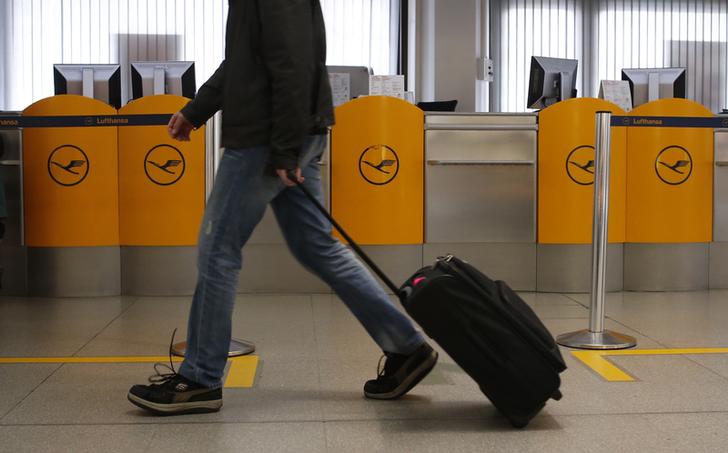 Lufthansa is undoubtedly facing many challenges. For years, the German airline has been losing hundreds of millions of euros annually on short-haul flights. And aggressive competitors like Emirates and Etihad are attacking the still lucrative intercontinental market.

But Europe’s largest airline is by no means in as bad shape as its stock-market valuation suggests. On 2014 EBITDA multiples, Germany’s flagship carrier is trading on a 34 percent discount to its European rivals, Reuters Starmine data shows. Even loss-making Air France-KLM is valued at a higher multiple than Lufthansa, which was operationally profitable even in the darkest days of the 2009 recession.

Lufthansa’s revamped no-frills subsidiary, Germanwings, which will operate all short-haul flights that do not feed its hubs in Frankfurt and Munich, has started well. This year, for the first time in half a decade, the airline’s European traffic is not losing money.

The snag is that Lufthansa’s progress is not yet showing up clearly in the financial statement. The airline expects to report an operating profit of 600 to 700 million euros in 2013, up from 524 million euros in the previous year. But the 2012 number was boosted by 325 million euros in positive one-offs – an accounting change and the hiving-off of a loss-making subsidiary – while this year’s exceptional items are negative – 200 million euros for restructuring and 100 million for a cabin redesign. Foreign-exchange movements are also hurting.

Shareholders who look through the short-term haze will discover the contours of a leaner, more profitable company.

A passenger walks past an empty counter during a warning strike of German air carrier Lufthansa ground personnel at Tegel airport in Berlin, April 22, 2013.

Lufthansa said its passenger airlines have cut costs per available seat-kilometre by 1.2 percent this year. Including fuel, unit costs were 1.8 percent lower. “We have significantly improved earnings in the passenger business. For the first time in five years, we are in the black with Lufthansa’s European traffic – thanks to the progress with Germanwings. Austrian Airlines has also returned to profitability,” CEO Christoph Franz said.

On Oct. 22 Lufthansa said it expected an operating profit of 600 to 700 million euros for the full year after 524 million in 2012. Analysts on average had expected 917.5 million euros, Thomson Reuters StarMine data shows.

Lufthansa shares were down by 1.5 percent in early morning trading on Oct. 31.