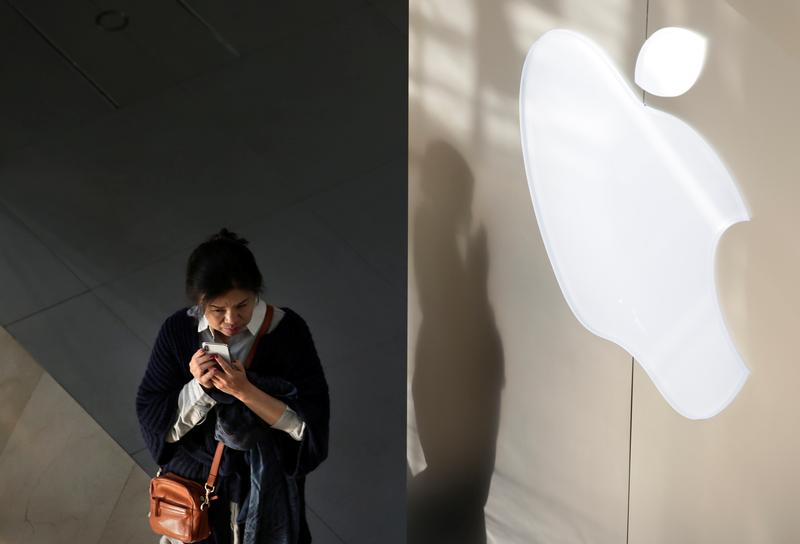 A woman holds her phone near an Apple company logo in Beijing, China December 14, 2018.

Apple on Jan. 2 cut its revenue forecast for its fiscal quarter ending Dec. 29 to $84 billion, down from an initial range of between $89 billion to $93 billion. Chief Executive Tim Cook said that the technology company “did not foresee the magnitude of economic deceleration, particularly in Greater China”. The region accounted for most of the shortfall in revenue guidance, Cook added.

China’s economic growth might slow to below 6.5 percent in the fourth quarter, a magazine affiliated with the country’s central bank said on Jan. 2, noting that labor income growth had been “greatly restricted”. GDP expanded 6.5 percent in the third quarter, marking the slowest pace since the global financial crisis.