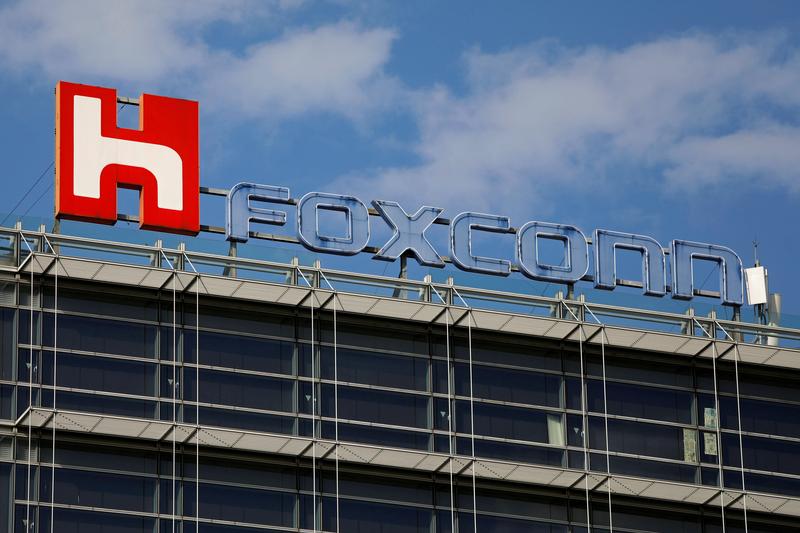 The $38 bln Apple supplier Foxconn is re-opening a key Chinese plant as officials ease curbs. But the handset-maker and others face labour shortages as workers struggle to return home and travel with ongoing contagion fears. The complexities of restarting supply chains run deep.

FILE PHOTO: The logo of Foxconn, the trading name of Hon Hai Precision Industry, is seen on top of the company's building in Taipei, Taiwan March 30, 2018. REUTERS/Tyrone Siu/File Photo - RC23TE9KGHQD

Taiwan's Foxconn has received Chinese government approval to resume production at a key plant in the country, Reuters reported on Feb. 10, citing a source with direct knowledge of the situation. About 16,000, under 10% of Foxconn’s workforce in the city of Zhengzhou, have returned to the factory, the source added.

But the company, which makes smartphones Apple and other brands, is still in talks with the government to resume production at another plant in the southern Chinese city of Shenzhen, the source added.

Workers across China began trickling back to offices and factories on Feb. 10 as the government eased some restrictions on work and travel in the wake of the coronavirus epidemic that has now killed more than 900 people, mostly on the mainland.