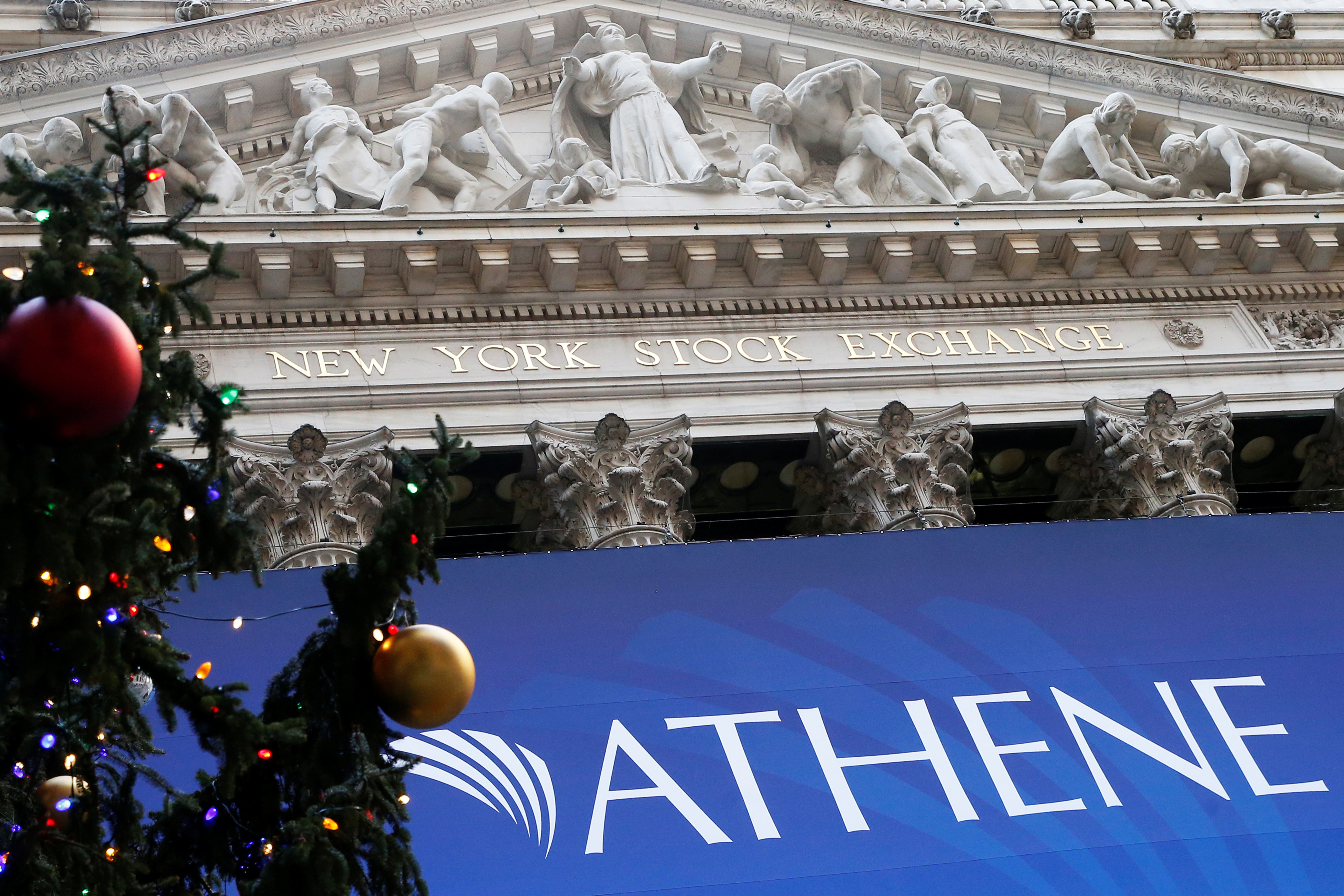 Athene’s $1.1 bln debut came in the middle of the range and with a 10 pct pop. That may seem mediocre after the recent U.S. market rally. But Wall Street’s equity sales teams have had a bad year. Proving they can crank out a textbook deal may be the best advert for a better 2017.

Shares in annuity provider Athene Holding rose 10.1 percent on Dec. 9 following the company's $1.08 billion initial public offering, the third-largest new issue of the year and the largest by a financial company. All the proceeds went to private-equity owner Apollo Global and other existing shareholders.

The performance provided some positive news for a market that has had little to cheer. So far this year, 100 companies have staged IPOs, the lowest number since 2009, according to Thomson Reuters data. Those offerings have raised a total of $18.3 billion, the smallest amount since 2003.