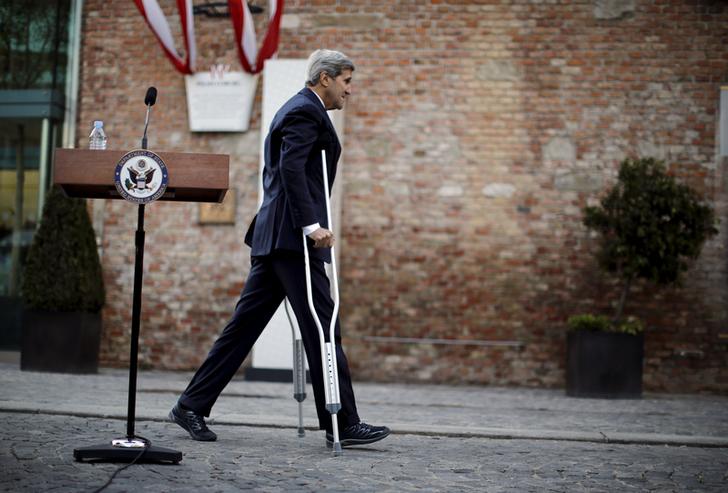 A successful Iranian nuclear deal would undoubtedly be a big step forward – for cheap oil, for the Iranian economy and maybe even for political stability in the Middle East. But Tuesday morning’s signatures in Vienna on an agreement that limits Iran’s nuclear programme are still a long way from becoming a geopolitical milestone.

An increase in Iranian oil production from last year’s depressed total to the pre-sanction level of 2011 would add 750,000 barrels a day, or 0.9 percent, to the world’s supply. In a tightly balanced market, that could be enough to keep downward pressure on the price. The 2011 level of output could come as soon as the end of 2016, since restrictions on crude exports and equipment imports are set to end as soon as the agreement is ratified.

Longer term, the price-depressing effect could be greater. Iran’s peak production in the 1970s was 6 million barrels per day, about 70 percent above the current pace. The end of sanctions could lead to big investments in old and new oil and gas fields. Also, oil and gas exports have been held back by profligate domestic consumption. Investment in energy-saving technology and nuclear power would free up more hydrocarbons for export.

Without sanctions, Iran’s GDP could move from the current stagnation to rapid growth as trade opportunities proliferate while the corrupting effects of sanctions-busting dwindled away. There could also be a big regional dividend, if the end of the country’s global pariah status encouraged it to be more of a peacemaker in the region’s numerous military and political conflicts.

Optimists must be patient, though. The deal has to overcome political flak in the United States and Iran. Both Barack Obama and Hassan Rouhani, the two countries’ presidents, could slip in the face of entrenched opposition.

The agreement has an easy way to fail, a “snapback” of sanctions in 65 days if Iran is judged to have broken the terms. With nearly 100 pages of text to be conformed to and endemic mistrust on all sides, it will be all too easy for this potentially big step to turn into just another misstep.

U.S. Secretary of State John Kerry leaves after delivering a statement on the Iran talks in Vienna, Austria, July 9, 2015.

Iran and six major world powers reached a nuclear deal on July 14. Under the deal, sanctions imposed by the United States, European Union and United Nations would be lifted in return for Iran agreeing long-term curbs on a nuclear programme that the West has suspected was aimed at creating a nuclear bomb.

Western diplomats said under the final agreement, Iran had accepted a “snapback” mechanism, under which some sanctions could be reinstated in 65 days if it violated the deal. A U.N. weapons embargo would remain in place for five years and a ban on buying missile technology would remain for eight years.

Alongside the deal, the United Nations’ nuclear watchdog, the International Atomic Energy Agency, announced an agreement with Iran on a roadmap to resolve its own outstanding issues with Tehran by the end of this year.