With the Supreme Leader’s permission 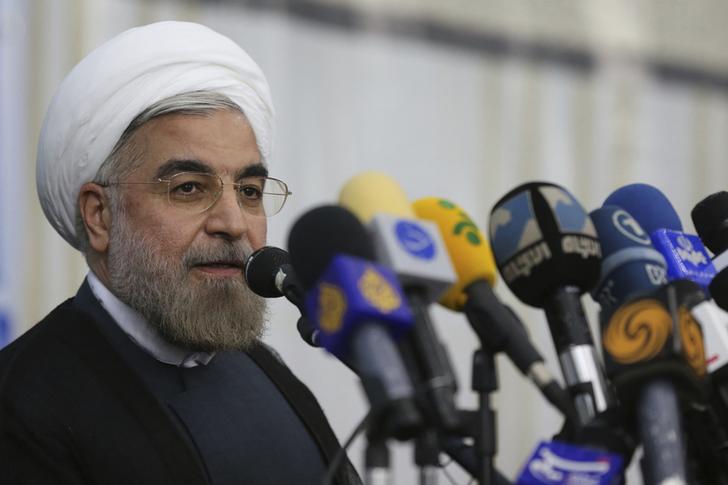 Iranians have voted for an end to the conservative status quo. The surprise victory of Hassan Rohani, the sole moderate candidate, in the presidential race has shown the level of public discontent with the Islamic Republic’s hardliners, whose voices silenced others in the last few years. The high turnout also returns legitimacy to the electoral process after the rigged vote of 2009. Iran’s complex power structure means that radical shifts at home or abroad are unlikely. But the mood in Tehran has shifted.

Rohani is, in the Iranian context, a moderate. A former nuclear negotiator with the West, he says he wants to save the economy, implement a “civil charter” and create a less security-heavy environment. He also advocates a less confrontational relationship with the West, which tightened sanctions against Iran during Mahmoud Ahmadinejad’s fiery eight-year presidency.

Easing sanctions, which halved the country’s oil exports, is key to any economic turnaround. The currency has lost more than two-thirds of its dollar value over the past two years. Inflation has risen to 32 percent and the unemployment rate stands at 12 percent, according to official figures that may hide a harsher reality. Gross domestic product will shrink for a second consecutive year in 2013, according to International Monetary Fund forecasts.

The rial strengthened around 6 percent on news of Rohani’s win, but how much more he can achieve will depend on the will of “Supreme Leader” Ayatollah Ali Khamenei who has the final say on nuclear and foreign policy matters. That includes the situation in Syria, where Iran is also pitted against the West. Past initiatives by one of Rohani’s predecessors, reformist Mohammad Khatami, have been sunk or undone by resistance from conservative factions. The public mood could however persuade Khamenei he must soften his position on some issues.

For the West, it will take more than a change of tone by an Iranian president, whatever his reputation or intentions, to unwind the economic sanctions. But Rohani’s victory will embolden Iranian reformists and enable the country to better respond to the needs of a population, two-thirds of which were born after the 1979 revolution. At the very least, Khamenei’s apparent decision not to interfere with the vote shows that Iran maybe be moving again – this time, in the right direction.

Iranian President-elect Hassan Rohani speaks to the media following a visit to the Khomeini mausoleum in Tehran June 16, 2013.

Moderate cleric Hassan Rohani won Iran’s presidential election, the interior ministry said on June 15, securing a wide margin over conservative rivals.
Rohani won 50.71 percent of the votes, enough to avoid a second-round run-off. Tehran Mayor Mohammad Baqer Qalibaf came second with 16.6 percent of votes.
Rohani was Iran’s nuclear negotiator between 2003 and 2005, during which time the country temporarily agreed to suspend uranium enrichment-related activities.
He continues to serve on two eminent advisory bodies and was active in the opposition that toppled the U.S.-backed Shah in the 1979 revolution.
Rohani’s campaign was endorsed in the late stages by former President Akbar Hashemi Rafsanjani after the latter was barred from running.
“A vote for any of these candidates is a vote for the Islamic Republic and a vote of confidence in the system”, Supreme Leader Ayatollah Ali Khameni said on June 15 through his official Twitter account.
The second term of current President Mahmoud Ahmadinejad will officially end on August 3.
The voter turnout was around 72 percent.