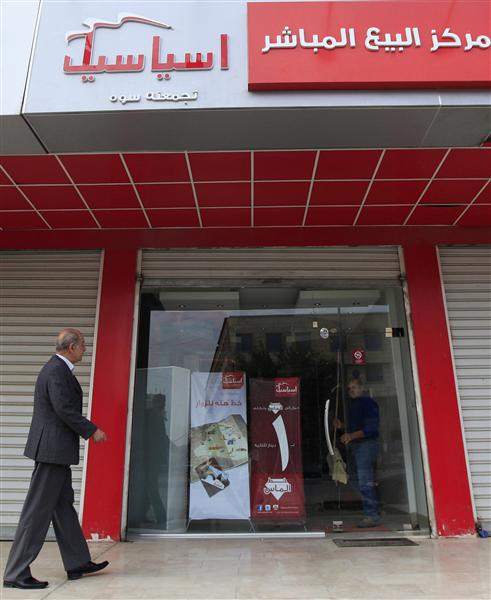 Iraq’s first listing since the U.S.-led invasion is fully subscribed. That’s a surprise given the full valuation, and the size of the offer which will double the market value of the bourse. Whatever the mix of investors, the issue will bring welcome diversity to the exchange.

A customer walks past the Asiacell company headquarters in Baghdad (Reuters)

Iraqi mobile company Asiacell’s $1.35 billion share sale is fully subscribed, sole book runner Rabee Securities said.
The initial public offering of the number-two operator will be the country’s first major capital markets transactions since the U.S.-led invasion of Iraq in 2003 and the largest share offering in the Middle East and North Africa since 2008.
Asiacell is selling a quarter of its existing shares to fulfill obligations of the operating license issued in 2007. Rivals Zain Iraq and Korek Telecom, partly owned by France Telecom, must also offer 25 percent of their shares on the bourse.
Last year, Qatar Telecom agreed to pay $1.47 billion to lift its stake in Asiacell to 54 percent from 30 percent, with the deal including a further increase to 60 percent pending government and regulatory approval.
Asiacell had 43 percent market share by revenue at the end of September, with 9.9 million subscribers.
Asiacell is offering 67.5 billion shares at an offer price of 22 Iraqi dinars per share, implying a market capitalisation of 5,940 billion Iraqi dinars ($5.1 billion).
The offer period will close on Feb. 2 and shares in Asiacell are due to start trading on the Iraq Stock Exchange on Feb. 3.
The Iraq index declined 9 percent in 2012, according to the ISX website.