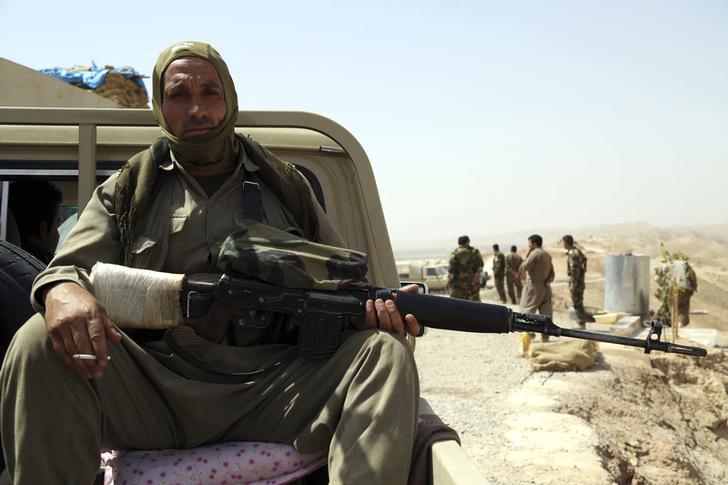 The continued violence in Iraq looks like a harbinger of a sharp cutback from the world’s seventh-largest oil producer. But the bulk of Iraq’s production is still secure. Even though the Middle East has clearly become less stable, it will still take a cascade of problems to create a big oil price shock.

The oilfields which account for around 90 percent of Iraq’s production are in the still peaceful south of the country, far from the conflict zones. Oilfield security is tight and has recently been increased. The evacuation of non-essential staff by BP and other foreign operators is not an immediate threat to output, since these large fields are predominantly staffed by locals. Oil exports were near record rates in June, according to industry sources cited by Reuters.

Of course, the oil price would spike if every drop of Iraqi exports disappeared altogether. An Iraqi conflict that extended into the southern Shi’ite strongholds would be likely to spark trouble in other producers in the region.

Current Iraqi production is 3.4 million barrels of oil a day, of which 2.7 million are exported. There is unlikely to be enough spare capacity elsewhere to compensate comfortably if supply suddenly dropped. The International Energy Agency is probably optimistic in its estimate that OPEC has 3.3 million daily barrels of effective spare capacity, four-fifths of which is in the hands of Saudi Arabia.

Even if the Saudi capacity is not tested, the advance of Islamic State in Iraq and the Levant (ISIL) militants has made the whole Middle East look less safe for investment, with Iraq at the top of the worry list for foreign companies. That might discourage oil companies. The IEA’s forecast that Iraq will supply 60 percent of the growth in OPEC output for the rest of the decade was made in less volatile times.

For now, though, it looks like the market’s assessment of the situation is about right. The price of a barrel of Brent has retreated from its nine-month high of $115. On Tuesday morning, it was trading around $114 a barrel, only 4 percent above the pre-insurgency level. Iraqi violence does not yet threaten the stability of the global oil market.

Brent crude held near $114 a barrel on June 24 as data tracked by Reuters showed oil exports from Iraq’s southern terminals are near record highs in June.

A member of the Kurdish Peshmerga troops with his weapon sits in a vehicle as they secure an area in the town of Sulaiman Pek in Salahuddin province June 21, 2014.

Brent crude held near $114 a barrel on June 24 as data tracked by Reuters showed oil exports from Iraq’s southern terminals are near record highs in June.