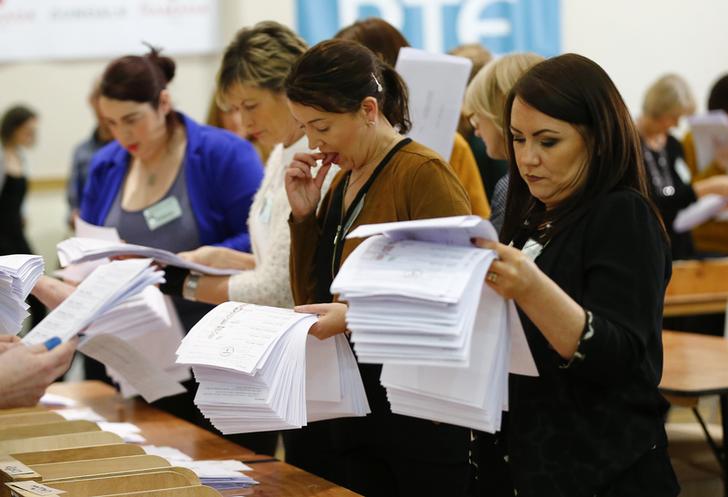 Angry voters punished the incumbents in a general election, making a hung parliament likely. With no Podemos or Syriza to rip up the economic rulebook and recovery underway, Ireland can afford stasis. But it needs a government before the UK holds its EU referendum in June.

Ballot papers are sorted during the second day of the General Election count in Dundalk, Ireland February 28, 2016.

Ireland’s ruling coalition of Fine Gael and Labour was ousted by voters angry at the country’s uneven recovery, early election results from the Feb. 26 vote indicated.

Exit polls suggested the only viable option could be an alliance of old rivals Fianna Fail and Prime Minister Enda Kenny’s Fine Gael.

If neither side is able to form a government, however, a fresh election would have to be called.