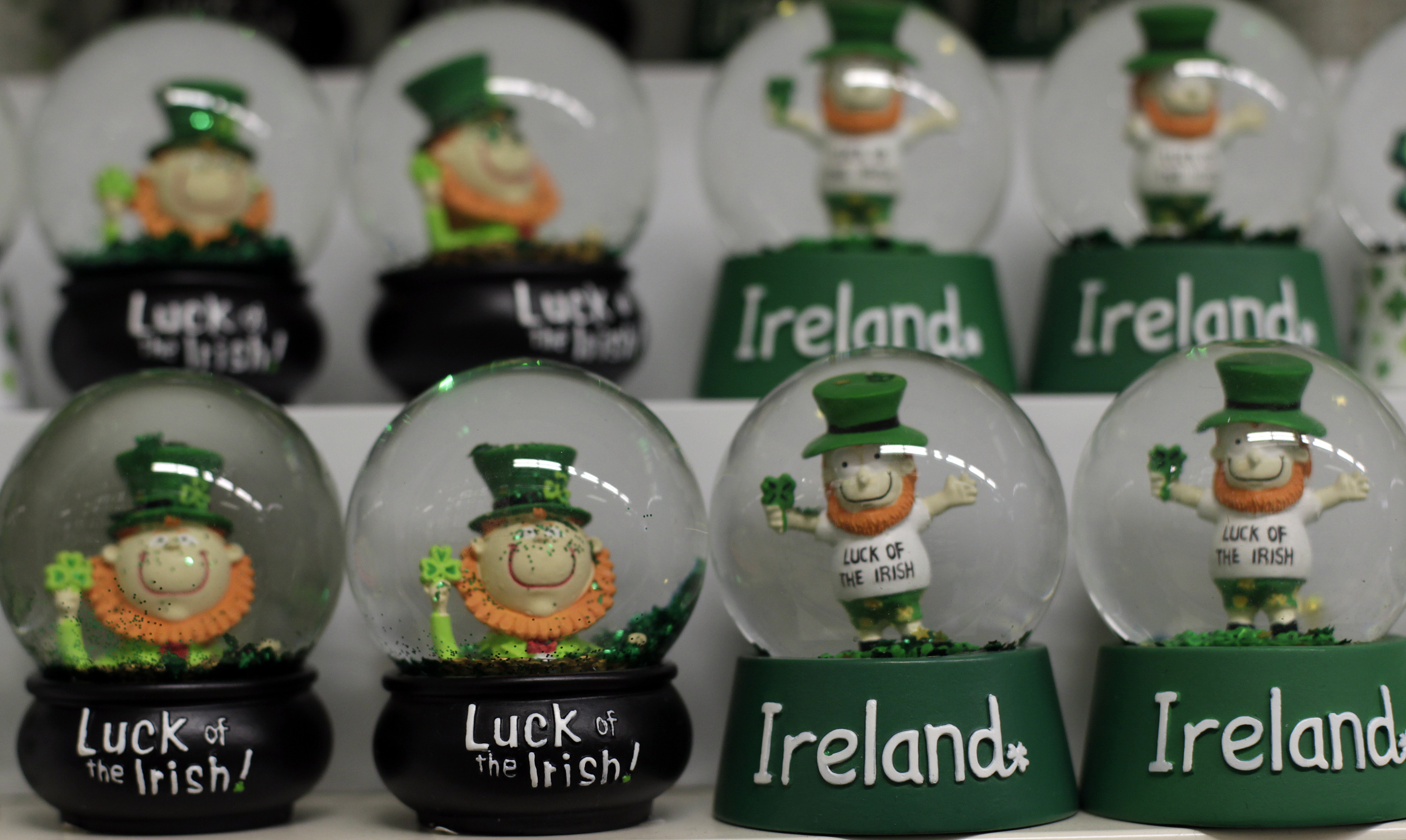 Dublin’s statistics office just revised up 2015 growth from 7.8 percent to 26.3 percent. Blame foreign companies using Ireland for tax inversions. Far from a cause for celebration, it’s reason to take Irish GDP figures with a pinch of salt.

Ornaments are displayed in a gift shop in Dublin as Ireland goes to the polls on the fiscal treaty referendum May 31, 2012. Ireland held the only popular vote on Europe's new fiscal treaty on Thursday, with opinion polls pointing to a "Yes" vote that would ease concerns about its funding prospects and save Europe a headache it can do without. REUTERS/Cathal McNaughton (IRELAND - Tags: POLITICS ELECTIONS BUSINESS) - RTR32WAG

Ireland's economy grew by 26.3 percent in 2015, rather than 7.8 percent as initially estimated, after the level of capital assets included on the state's balance sheet was revised dramatically, the Central Statistics Office (CSO) said on July 12.

The reclassification of balance sheets, as a result of corporate inversions into Ireland, was one of the reasons for the confusion, the CSO said.

“What happens here is that an entire balance sheet of a company relocating to Ireland, from somewhere else, is included in our capital stocks or our international investment position,” said Michael Connolly, a senior statistician at the CSO.

“The very dramatic increase has increased the capacity for production in the economy and impacts the accounts for 2015 in the increase of exports and imports... Employment has not changed greatly as a result.”