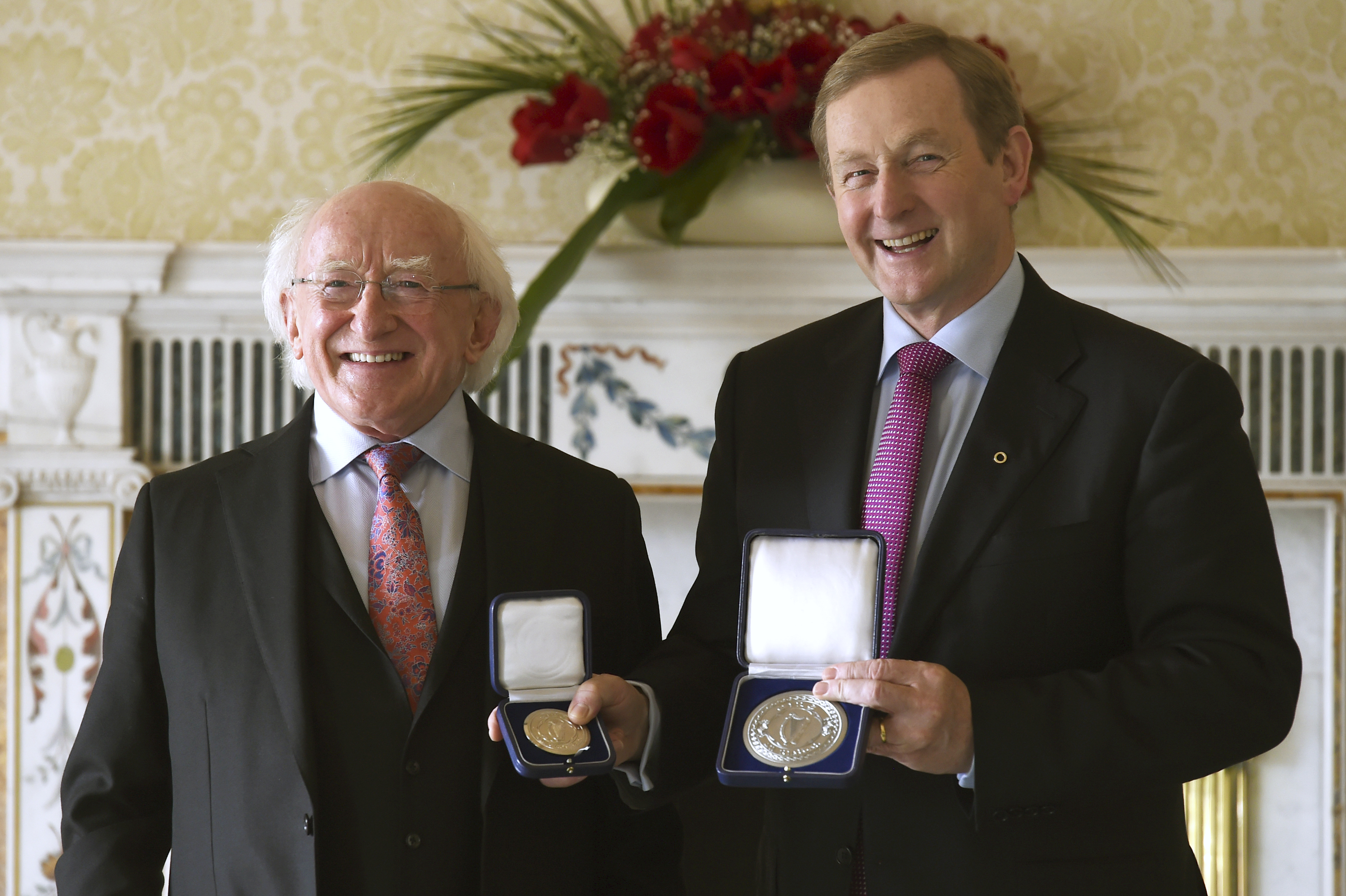 Ireland’s lenders have of late been looking more investable. But a new minority government plans to slow down the sale of its stake in AIB and push lenders towards greater debt forgiveness. Any sales that do happen this year will warrant a hefty discount.

President Michael D. Higgins (L) poses as Irish Prime Minister Enda Kenny holds the holds the Seal of Taoiseach and the Seal of Government to office, in Dublin, Ireland May 6, 2016.

The outgoing government consistently stated that it did not wish to remain a long-term shareholder in the sector.

The draft programme for government - a copy of which was published on the Irish Times newspaper’s website on April 5 - says that the state will not sell more than 25 percent in any Irish bank before the end of 2018.

Irish Finance Minister Michael Noonan on Dec. 17 said the most likely date for an initial public offering of 25 percent of Allied Irish Banks would be autumn next year.

Shares in Bank of Ireland and Permanent TSB Group Holdings fell 1.24 percent and 6 percent respectively by 1620 BST on May 6. Both recovered slightly in early trading on May 9.