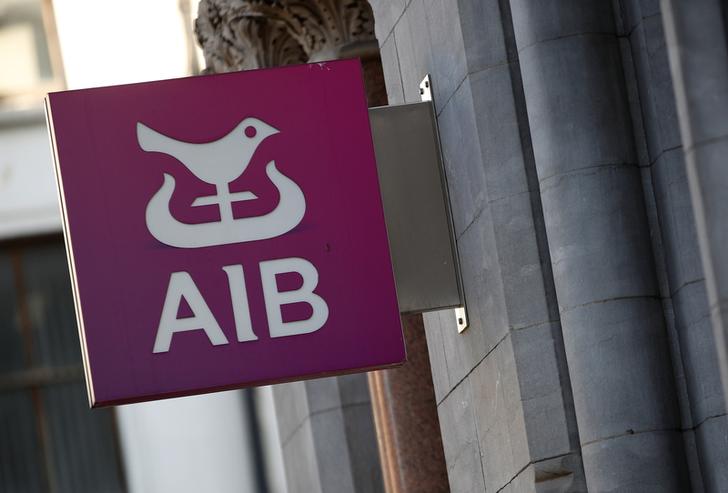 Bank of Ireland and Allied Irish Banks’ shares have performed worse than most European lenders this year. A recession and 25% unemployment explain some of the pain. The bigger worry is that the state, an investor following the 2009 bailout, will force both to prop up the economy.

Signage is seen outside a branch of the Allied Irish Bank in Dublin, Ireland, February 6, 2020.

Allied Irish Banks set aside 210 million euros to cover expected loan losses in the first quarter, the lender said on May 12.

The bank agreed to nearly 55,000 three-month interest breaks with borrowers in Ireland, of which 19,972 mortgages, 13,831 for businesses and 18,696 personal loans, with a further 5,000 modifications put in place for UK customers. It said it expected to see a larger credit loss charge in the second quarter.

AIB’s non-performing loan exposures rose to 3.6 billion euros from 3.3 billion euros at the end of 2019, with the main component a change to its default definition.

AIB, 71% owned by the state following the global financial crash a decade ago, said its fully loaded core Tier 1 capital ratio fell to 16.2% from 16.4% at the end of last year, the highest of any Irish lender.

Meanwhile, Bank of Ireland on May 11 reported a 241 million euro loss in the first quarter, after setting aside provisions of 266 million euros to cover 86,000 loan repayment breaks in Ireland and Britain.

Ireland’s largest bank by assets, which made a profit of 123 million euros in the same period last year, said it expected more impairment charges and loan losses during 2020, with new lending potentially dropping to 50% to 70% of 2019 volumes.