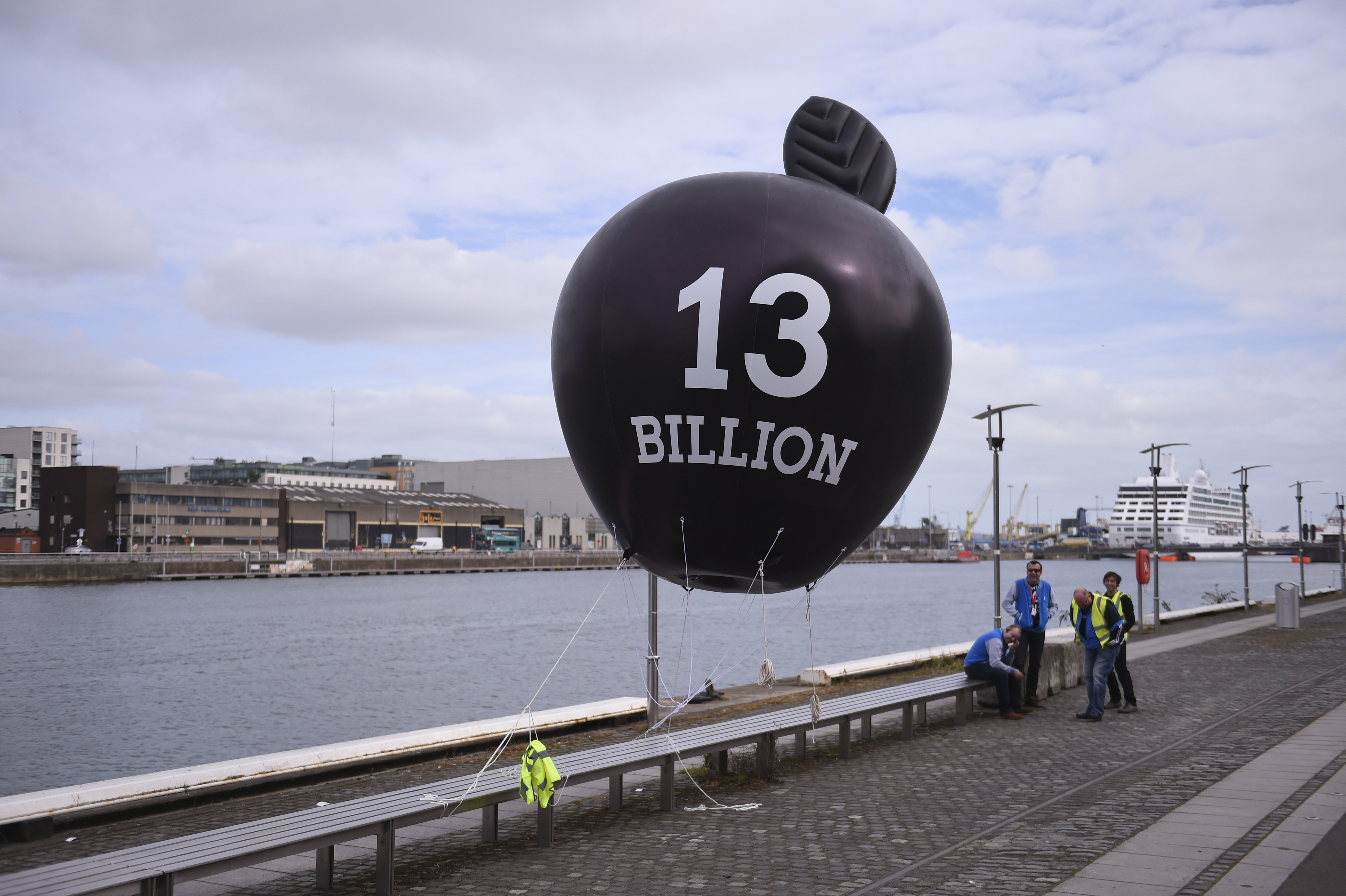 The government may phase out an unpopular levy introduced during the financial crisis. A strong recovery gives it scope to part with a tax that brings in 8 percent of revenue. Offering goodies to workers may also quiet demands that it accept Apple’s 13 bln euros in back taxes.

A balloon depicting Apple inc, is tethered before a protest against household water charges, by demonstrators urging the Irish Government to accept the European Commission's Apple tax ruling of 13 billion euros ($14.6 billion) in back taxes, in Dublin, Ireland September 17, 2016. REUTERS/Clodagh Kilcoyne - RTSO6FA

Irish Finance Minister Michael Noonan told Ireland’s Budget Oversight Committee on Sept. 20 that the October budget will contain a 1 billion euro giveaway, two-thirds of which will be composed of spending increases and one-third of tax cuts.

The most likely tax cut is a lowering of the Universal Social Charge (USC) rate, an income tax levy that was introduced in 2011, according to Davy Research.

Noonan reiterated the government’s goal to phase out the charge over at least five budget cycles up to 2021 during his appearance before the committee.

All workers whose gross income is more than 13,000 euros per year pay the USC in Ireland.