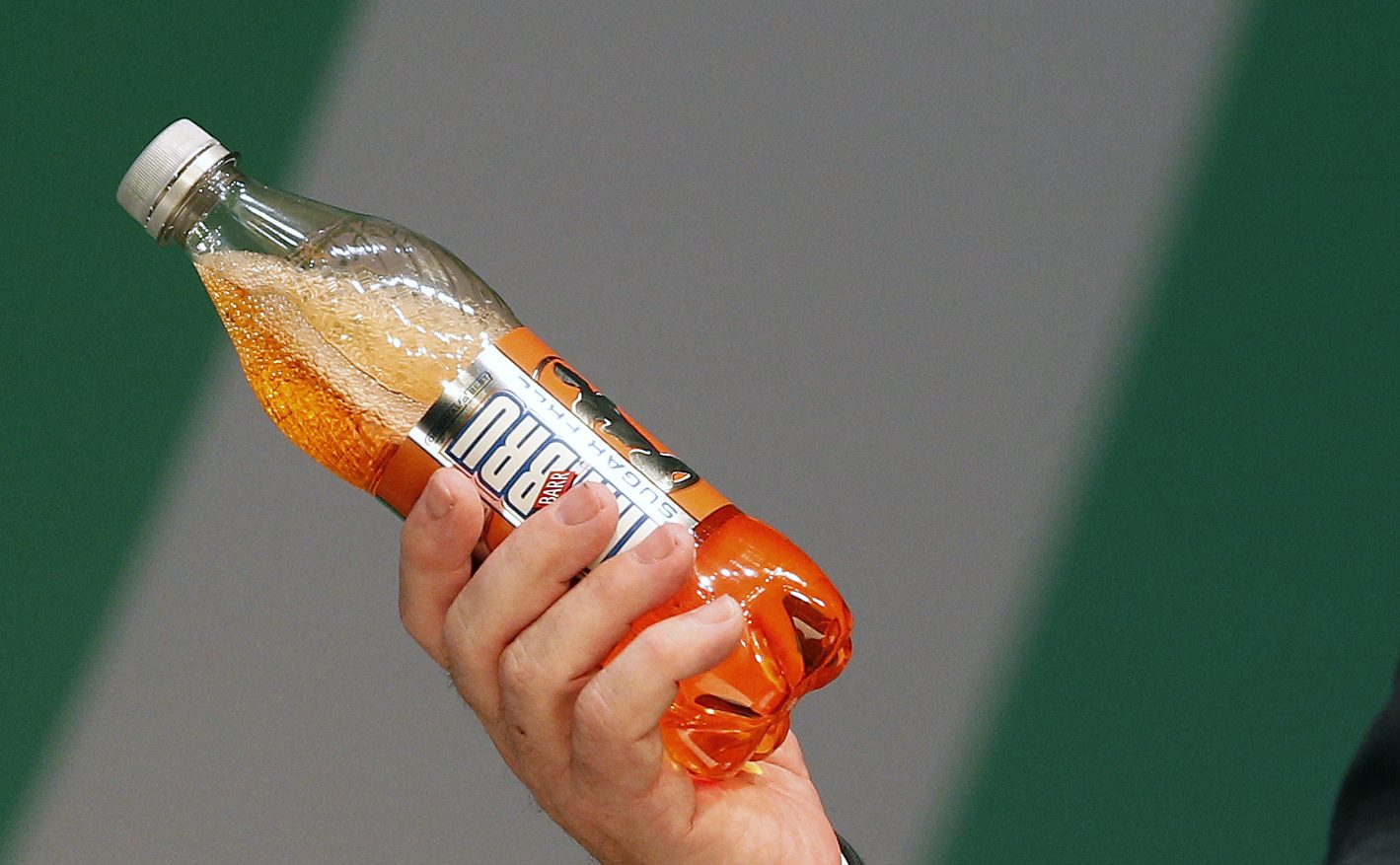 Soft-drinks maker A.G. Barr’s shares fell by 26% after it forecast weaker-than-expected sales. One factor was the UK tax on sugar, another was punters’ reluctance to pay up for healthier recipes. Hoping to keep selling both safer and more-profitable products is backfiring.

A man holds a bottle of local soft drink Irn-Bru during a pre-Commonwealth Games news conference in Glasgow, Scotland July 22, 2014.

A.G. Barr, which produces soft drinks such as Irn-Bru and Rubicon, on July 16 said revenue for the 26 weeks to 27 July is likely to be around 123 million pounds, a 10% fall on the previous year.

The 994 million pound company said it expected profit for the full year to fall by up to 20% compared to last time.

The London-listed drinks maker blamed disappointing weather in the north of England and Scotland, specific problems faced by two of its brands, and a return to higher pricing compared to last year.

The maker of Rockstar energy drink will announce interim financial results on Sept. 24.