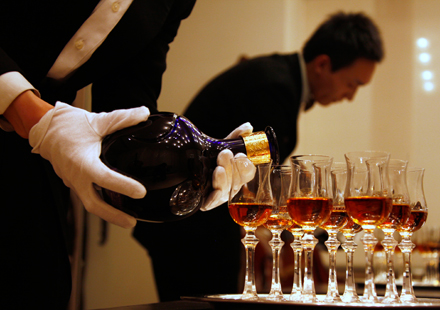 Gratuities are bad news. The expectation that restaurant customers will add 10 percent to 20 percent of the bill as payment for the waiter harms almost everyone concerned. A prominent U.S. restaurateur is trying to end the irrational tradition. With any luck, it’ll be a no-tipping point that ushers in an era of pricing sanity.

Danny Meyer, the Shake Shack impresario, will be including the cost of service in menu prices at his upscale New York dining establishments, including Gramercy Tavern and The Modern. Tips to waiters, bartenders and coat checkers will be prohibited. It’s big news, although several previous efforts to change the standard practice have failed.

Maybe Meyer, whose Union Square Hospitality Group employs some 1,800 people, is in better position to lead an overdue revolution. Tips are unjust to most restaurant personnel, who don’t enjoy the standard protection of wages agreed in advance. They are more unjust to other staff, like cooks and dishwashers, who cannot try to cajole extra pay out of customers. For owners, they undermine the unity of the enterprise by making waiters something like outside contractors.

Customers, too, should dislike tips, which make food and beverage prices unreliable and create an uncomfortable social inequality between server and served. Taxmen despise these rewards because they are often in cash that that goes unreported.

If the United States were a developing economy, the dependence of 1.6 percent of the workforce on this odd income would be condemned as feudal and inefficient. Americans are rich, however, and enough tips are paid for most waiters to earn a decent living. Some customers like the illusion of power that variable tips give. Many must like the smiley faces drawn on their bills. Waiters have found that these increase their take.

For the most part, tips are a U.S. cultural curiosity. Maybe the country is ready for a change, though. Another indication is Uber’s ability to succeed without tips for drivers. If Meyer can inspire others to follow his no-tip recipe, it would be a feat even more impressive, and economically useful, than getting New Yorkers to queue up for a cheeseburger.

U.S. restaurateur Danny Meyer, chief executive of Union Square Hospitality Group, said on Oct. 14 that he would end the practice of tipping at his New York restaurants. The policy, which includes an increase in menu prices, will be rolled out from November, Meyer wrote in a letter.

Tipping is either non-existent or at most perfunctory in restaurants in Europe, Asia and elsewhere.

The company, which employs some 1,800 people at more than a dozen trendy restaurants including Gramercy Tavern and Union Square Cafe, said it arrived at the groundbreaking step “after a thoughtful, company-wide dialogue”.