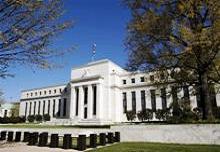 Is the Federal Reserve too complex to manage, too? That’s usually a question for big banks like JPMorgan, recently humbled by a surprise trading loss. But it’s also not a bad one for the Fed.  From the presence of JPMorgan boss Jamie Dimon on the New York Fed board to the U.S. central bank’s forays into housing policy, the Fed seems to be pleasing no-one.

Part of the Fed’s problem is that it wears many hats. Among many functions, it serves as a bank advocate and lender of last resort while supervising banks. It also oversees systemic risk, worrying about looming global macroeconomic disasters. And of course, it sets U.S. monetary policy, hoping to control inflation. Its mission also requires it to aim for maximum employment.

As far as monetary policy goes, Fed Chairman Ben Bernanke is caught between some Democrats who think it should flood financial markets with even more cash as a form of economic stimulus and Republicans who fear inflation or just think too many dollars have been printed.

The Fed, not surprisingly, has critics on many other fronts too. For example, on Tuesday three liberal senators unveiled a bill that would ban bank executives from serving on regional Fed boards. The proximate motivation is the suddenly flawed Dimon’s board seat at the New York Fed. The senators worry about a conflict of interest since the Fed regulates and lends to JPMorgan and its peers.

Those on the right, meanwhile, clamor for different reforms. Last week barely half the Republicans in the Senate voted to confirm Jerome Powell, himself a Republican, as a Fed governor. That smacks more of GOP maverick Ron Paul’s preference for getting rid of the central bank altogether.

Meanwhile, others worry the Fed’s efforts to rehabilitate the economy have led it into policy debates generally reserved for Congress – like recommending that government-owned mortgage companies Fannie Mae and Freddie Mac should forgive mortgage balances.

In short, in the current environment Bernanke seems to be aggravating almost everyone. Advocates for breaking up big banks like the idea of smaller, simpler institutions. It’s tempting to contemplate whether, in a parallel world, the same logic would apply to the Fed.

Bernie Sanders, the only self-described socialist in the U.S. Senate, and his Democratic colleagues Barbara Boxer and Mark Begich unveiled a bill on May 22 to prohibit bank employees from serving on regional Federal Reserve boards. The rule is a partial response to JPMorgan’s big trading loss, announced earlier this month. Jamie Dimon, the bank’s chief executive, sits on the New York Fed board.

Jerome Powell, a Republican, and Jeremy Stein, a Democrat, were confirmed by the U.S. Senate as new Federal Reserve Board governors on May 17.