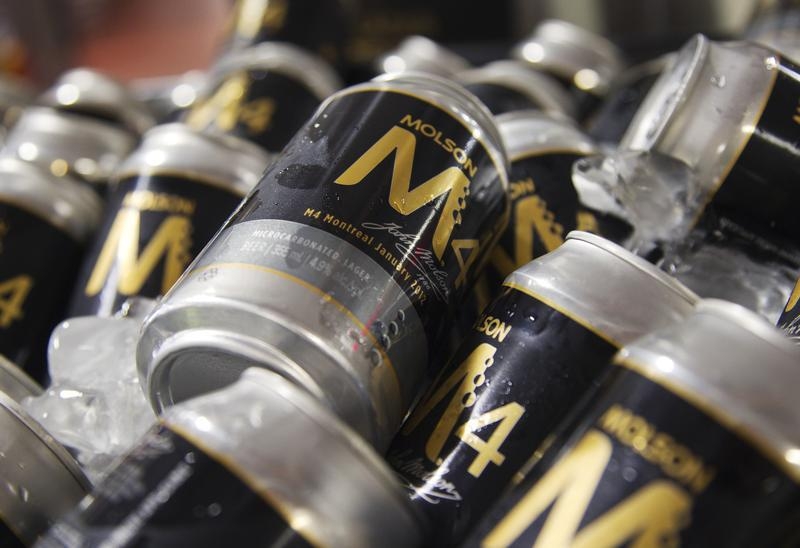 It may be Miller time for buyout barons. If Anheuser-Busch InBev can successfully buy rival SABMiller, it probably would have to divest its majority stake in MillerCoors to satisfy trustbusters. Its joint venture partner, Molson Coors Brewing, would struggle to raise the $12 billion or so Breakingviews estimates it would take to gain control. That could open the brewery door for private equity to put some $6 billion to work.

AB InBev and MillerCoors together account for about three-quarters of the U.S. beer market, with 46 percent and 27 percent shares, respectively, selling brands from Budweiser to Blue Moon. Regulators would almost certainly balk at allowing a single company to own so much. Molson, which holds the other 42 percent of the MillerCoors venture, probably would be a willing buyer.

Guzzling AB InBev’s entire 58 percent stake could be tough. The JV generated underlying earnings before interest, tax, depreciation and amortization of $1.7 billion last year. Value that EBITDA at a multiple of 12 times, about where rivals trade, and it would cost about $12 billion to take full control of the enterprise.

Molson already carries about $2.8 billion of net debt. Its covenants stipulate it can borrow no more than 3.5 times its EBITDA. Adding the rest of the joint venture’s earnings to Molson’s existing sum would give it around $2.2 billion, implying it could take on no more than about $5 billion more of debt. That means Molson would have to find $6.5 billion more.

Issuing new shares is one option, but would dilute shareholders. Another brewer like Heineken also could enter the frame as a joint bidder. A better option might be to invite buyout shops to bid alongside Molson. AB InBev did something similar when it sold South Korea’s Oriental Brewery to KKR for $1.8 billion in 2009 to help repay debt used for its acquisition of Anheuser-Busch. AB InBev bought back OB last year.

In addition to giving Molson potential partners keen to sell out a few years down the road, private equity firms also happen to be sitting on hundreds of billions of dollars of untapped funds. They may be all too willing to belly up to the bar.

Anheuser-Busch InBev has made a takeover approach for SABMiller, the two companies said on Sept. 16.

AB InBev owns a 58 percent stake in MillerCoors, whose brands include Miller, Coors and Blue Moon in the United States. Molson Coors owns the remaining 42 percent.

Shares of Molson Coors increased as much as 15 percent following news of AB InBev’s approach to SABMiller.

Anheuser-Busch InBev has made a takeover approach for SABMiller, the two companies said on Sept. 16.

AB InBev owns a 58 percent stake in MillerCoors, whose brands include Miller, Coors and Blue Moon in the United States. Molson Coors owns the remaining 42 percent.

Shares of Molson Coors increased as much as 15 percent following news of AB InBev’s approach to SABMiller.