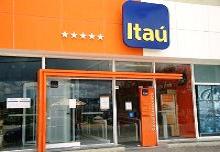 The Brazilian bank’s $3.7 bln deal to take control of CorpBanca shafted public shareholders, including the Bank of Chile and the World Bank’s IFC. A U.S. fund is making a stink. But the best it’s likely to come away with is a useful, if painful, lesson in governance.

An activist investor is asking CorpBanca’s board to scrap its recent tie-up with Brazil’s Itaú Unibanco Holding and launch a new auction, alleging the Chilean bank sold its minority investors short while benefiting its controlling shareholder.

Hedge fund Cartica Management said in a letter sent on March 3 to the board of CorpBanca that the Itaú deal, worth an estimated $3.7 billion, undervalued the bank’s shares and gave an array of special benefits to Chilean billionaire Alvaro Saieh and his investment holding company Corp Group.

Cartica, which manages more than $2 billion, owns 3.2 percent of the Chilean bank, according to the letter.

This item has been corrected to clarify which directors Itaú and Corp Group may select in paragraph three.