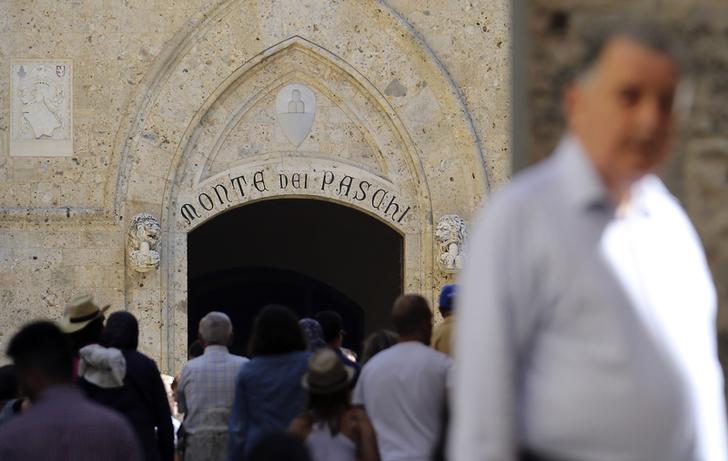 Italy’s bad bank is a good idea. Rome wants to set up a vehicle to hoover up banks’ dud loans. It’s risky: government-funded bad banks can wind up losing taxpayer money. Yet it could also help lending, and even spur consolidation in Italy’s fragmented banking system.

About 17 percent of Italian bank loans – 333 billion euros – are non-performing, according to the International Monetary Fund. Italian tax and fiscal incentives, and banks’ low profitability, encourage provisions against realised losses to be delayed. Lengthy domestic bankruptcy processes make it hard for banks to get rid of bad debts. The consequence is weak lenders, higher lending costs, and a misfiring economy.

The single biggest thing Prime Minister Matteo Renzi could do would be to improve Italy’s bankruptcy process. Investors stepping in to buy non-performing loans (NPLs) – like Fortress’ Feb. 12 acquisition of a UniCredit bad loan portfolio – would pay twice as much for a loan recovering, say, 40 cents on the euro if they could discount that recovery over two rather than seven years. The government is trying, but progress is slow.

In the meantime, Renzi’s bad bank idea is a decent stopgap. A bad bank centralises expertise and resources for loan workouts, and can avoid lenders crystalising such big capital holes via fire sales. Yet competition authorities frown at the subsidy, as the state’s lower cost of capital enables lenders to shift assets at non-market prices. The danger is the state ends up absorbing losses if assets aren’t properly valued. That’s what happened in the 1990s, when Italy lost money via a bad bank structure at Banco di Napoli.

Italy’s peculiarities compound the issues. The country’s larger banks are already recapitalised and selling loans. That makes it harder to argue to European competition authorities that NPLs are a source of instability that justify state aid, like Spain’s or Ireland’s. Bad loans are a big problem for the country’s smaller lenders, but many lie outside the remit of Europe’s single supervisor – increasing the risks of a botched job.

A bad bank could help Renzi kill two birds with one stone, though. His government hopes to reform the country’s mutual banks, ending their one shareholder one vote governance that leaves power in the hands of local interests. Transferring their bad debts to a bad bank – at conservative valuations – would help them consolidate. It may also create capital holes, forcing the weakest players to be broken up. That could give Renzi scope to shake them up.

UniCredit said on Feb. 12 it would sell its bad loan workout unit and loans with a gross book value of 2.4 billion euros to U.S investment bank Fortress Investment Group.

Italian banks had 333 billion euros of non-performing loans as of June 2014, according to the International Monetary Fund, equivalent to 17 percent of total loans, and 24 percent of GDP.

UniCredit said on Feb. 12 it would sell its bad loan workout unit and loans with a gross book value of 2.4 billion euros to U.S investment bank Fortress Investment Group.

Italian banks had 333 billion euros of non-performing loans as of June 2014, according to the International Monetary Fund, equivalent to 17 percent of total loans, and 24 percent of GDP.