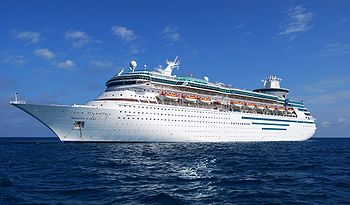 The share price chart of Carnival Corporation does not look much like it belongs to a clear leader in a fast-growing sector. On Jan. 13, the cruise operator’s shares closed 42 percent below their 2004 peak. That was before one of its largest ships, the Costa Concordia, capsized off the Italian coast, triggering a further 16 percent drop in Carnival’s London-listed shares. But the industry is actually growing, just not very profitably. Despite at least six deaths and severe damage to the 450 million euro ship, the disaster is not likely to change that trend.

Carnival’s first estimate of the direct costs of the sinking is $85 million to $95 million, about 5 percent of the most recent fiscal year’s reported earnings. For the whole industry, the damage will be much greater. Any increase in insurance rates to compensate for the cost of the lost ship will be less significant than the expense of calming the fears of potential passengers. Reassuring words are free, but design modifications will be costly and soothing discounts could be even costlier.

Still, this is a robust industry. The number of passengers has increased at an 8 percent annual rate since 1990, according to the Cruise Market Watch website. The industry’s revenues were $34 billion in 2011, a little less than the combined revenue of American and United Airlines.

The sector’s profitability problems are real enough – Carnival’s earnings per share in 2011 were 13 percent lower than five years earlier, despite carrying 36 percent more passengers. Its return on equity was an unimpressive 8 percent. But the pressure on earnings reflects the usual curse of transport companies – too-rapid growth of capacity in a capital-intensive trade.

If the Costa Concordia’s capsizing frightens the industry into slowing down investment, it might ultimately be good for profitability. In any case, a tragic accident that looks like a one-off is unlikely to reduce the appeal of cruises. For the increasing number of people who like them, cruises are still a secure way to have fun.

Carnival Corp, the owner of the Costa Concordia cruise ship that capsized off Italy’s west coast, said on Jan. 16 that it estimated the impact to 2012 earnings for loss of use alone to be $85 to $95 million.
The group said it also anticipated further costs to the business that it could not yet determine. It said it had insurance coverage for damage to the vessel with a deductible of around $30 million but no insurance for loss of business.
Rescue workers searching the half-submerged hulk recovered a sixth body on Jan. 16. Fourteen people are still missing.
Carnival’s London-listed shares were down 16 percent at 1,888 pence by 1200 GMT on Jan. 16.