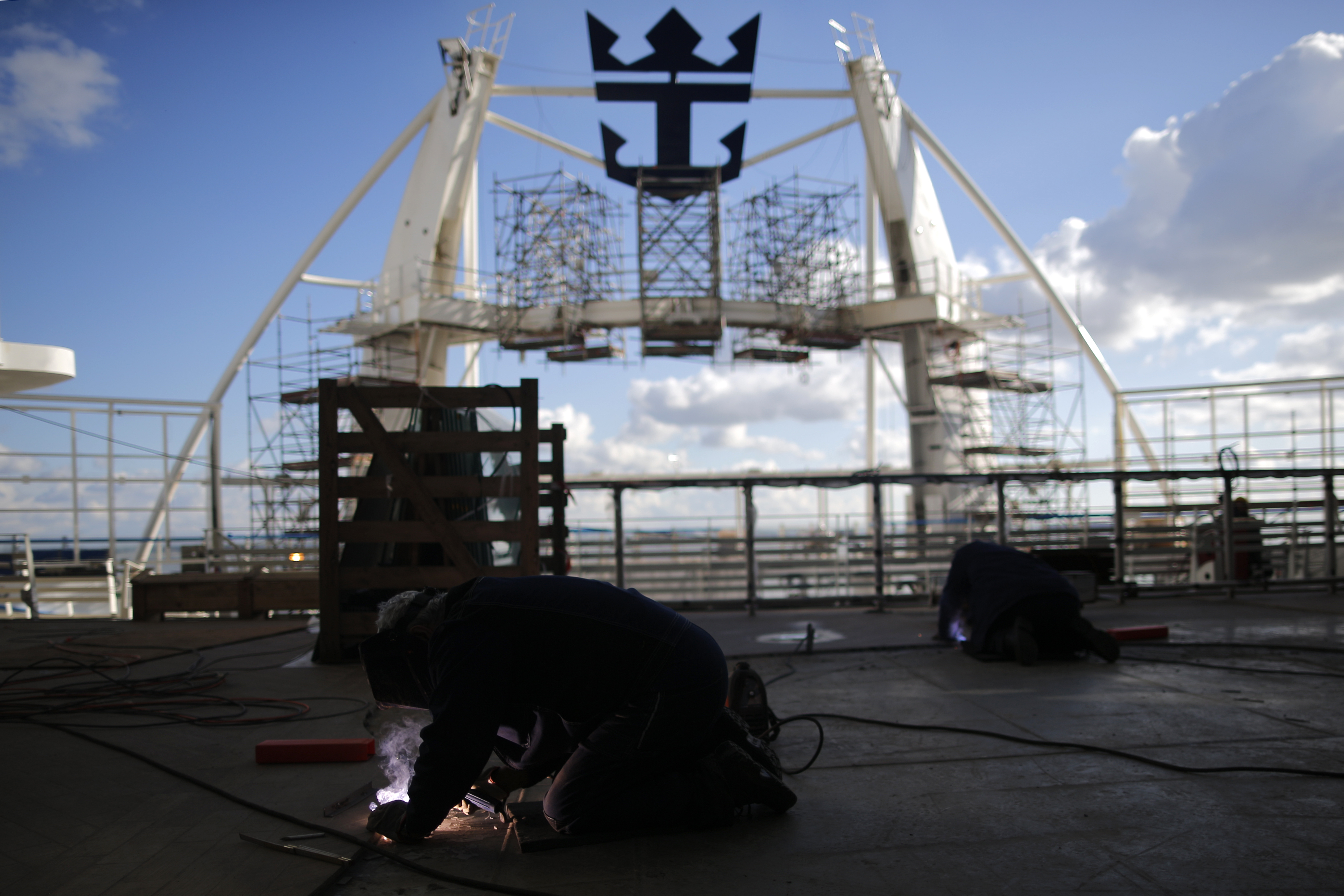 French President Macron is griping over Italian shipbuilder Fincantieri’s bid to buy a stake in a French firm. The deal could create an EU champion, but compromise French jobs. Macron is a fervent believer in Europe – but domestic concerns don’t sit easily with idealism.

A shipbuilder is seen on the Harmony of the Seas (Oasis 3) class ship is pictured at the STX Les Chantiers de l'Atlantique shipyard site in Saint-Nazaire, France, February 18, 2016. REUTERS/Stephane Mahe TPX IMAGES OF THE DAY - RTX27KDS

Fincantieri suggested it would consider changes to its acquisition of a stake in fellow shipbuilder STX France “if there is a feeling that it would add value”, Chief Executive Giuseppe Bono told reporters on June 14.

The Italian group agreed in April to buy a 67 percent stake in its French peer from bankrupt South Korean shipbuilder STX. Fincantieri would keep a stake of less than 50 percent, while selling the rest to a private Italian investor and French naval group DCNS.

The French state would keep its 33 percent of STX France. It also has a first-refusal right to buy the other 67 percent. French President Emmanuel Macron said on May 31 that he wanted to review the terms of the Fincantieri arrangement.