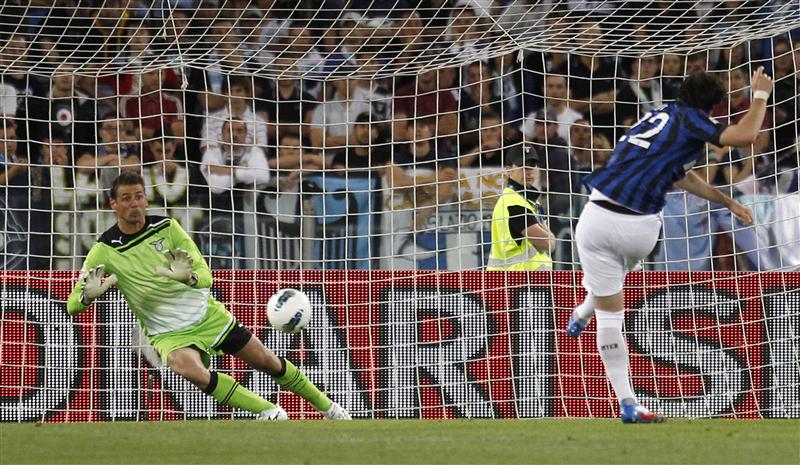 How else to explain an investment in Inter Milan by China Railway Construction, a state group with origins in the People’s Liberation Army? Bragging rights are limited and industrial rationale non-existent. At best it’s a quid pro quo for the contract to build Inter’s new stadium.

Inter Milan's Diego Milito scores a penalty as Lazio's goalkeeper Albano Bizzarri fails to save during their Italian Serie A soccer match the Olympic stadium in Rome May 13, 2012. REUTERS/Max Rossi

China Railway Construction is in talks with Inter Milan to build a new stadium in Italy’s financial capital in a move that would allow the Italian premier league soccer club to have its own home and make money out of it.

But the two sides gave conflicting versions on Aug. 2 as to whether an agreement had been signed and whether it included China Railway buying a stake in Inter, which would be the first such investment from mainland China in a major foreign sports team.

Two sources close to the situation told Reuters that China Railway was the main partner in a deal to buy a 15 percent stake in Inter Milan for 55 million euros ($67 million). One source said the stake was in exchange for building the stadium.

Inter said in a statement on its website late on Aug. 1 a group of Chinese investors had agreed to buy a minority stake in the club, becoming the second biggest shareholder.