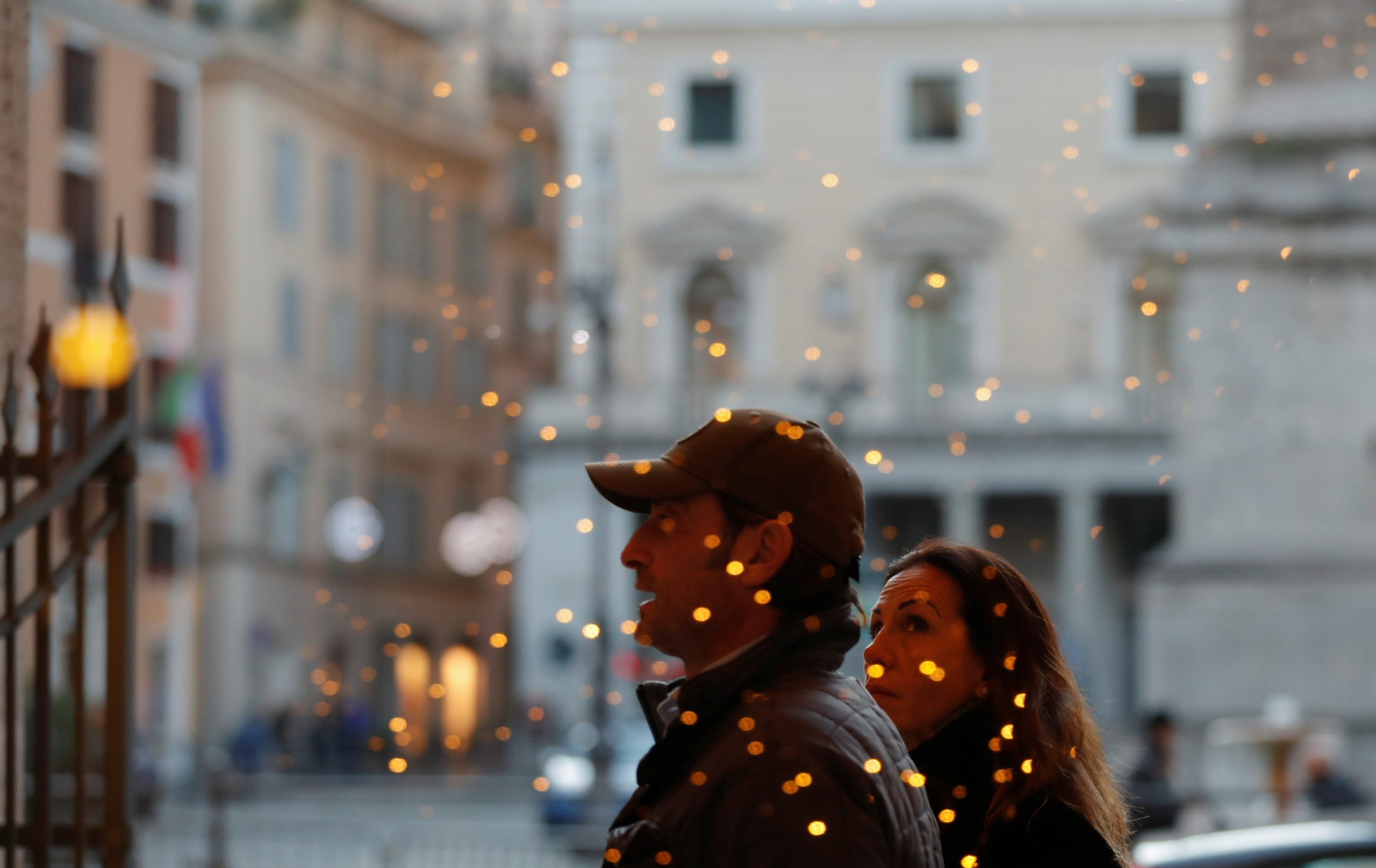 Rome plans to sprinkle at least 1 bln euros on a wobbly southern bank, airline Alitalia and steelmaker Ilva. The EU may sneer at a new dose of state aid, but these are problems without easy market solutions. Besides, failure to act would undermine Italy’s weak pro-EU executive.

A couple walks in front of a shop window with Christmas lights in Rome, Italy December 11, 2019.

Italy’s government on Dec. 15 approved an emergency decree granting a lifeline of up to 900 million euros to the troubled cooperative bank Banca Popolare di Bari, based in the southern province of Apulia.

Prime Minister Giuseppe Conte said on Dec. 10 that the government was working on a plan to rescue the Ilva steel plant in Taranto, Apulia, with the involvement of Italian state-owned companies.

In another emergency decree, approved on Dec. 2, the government granted loans worth 400 million euros to the struggling airline Alitalia.