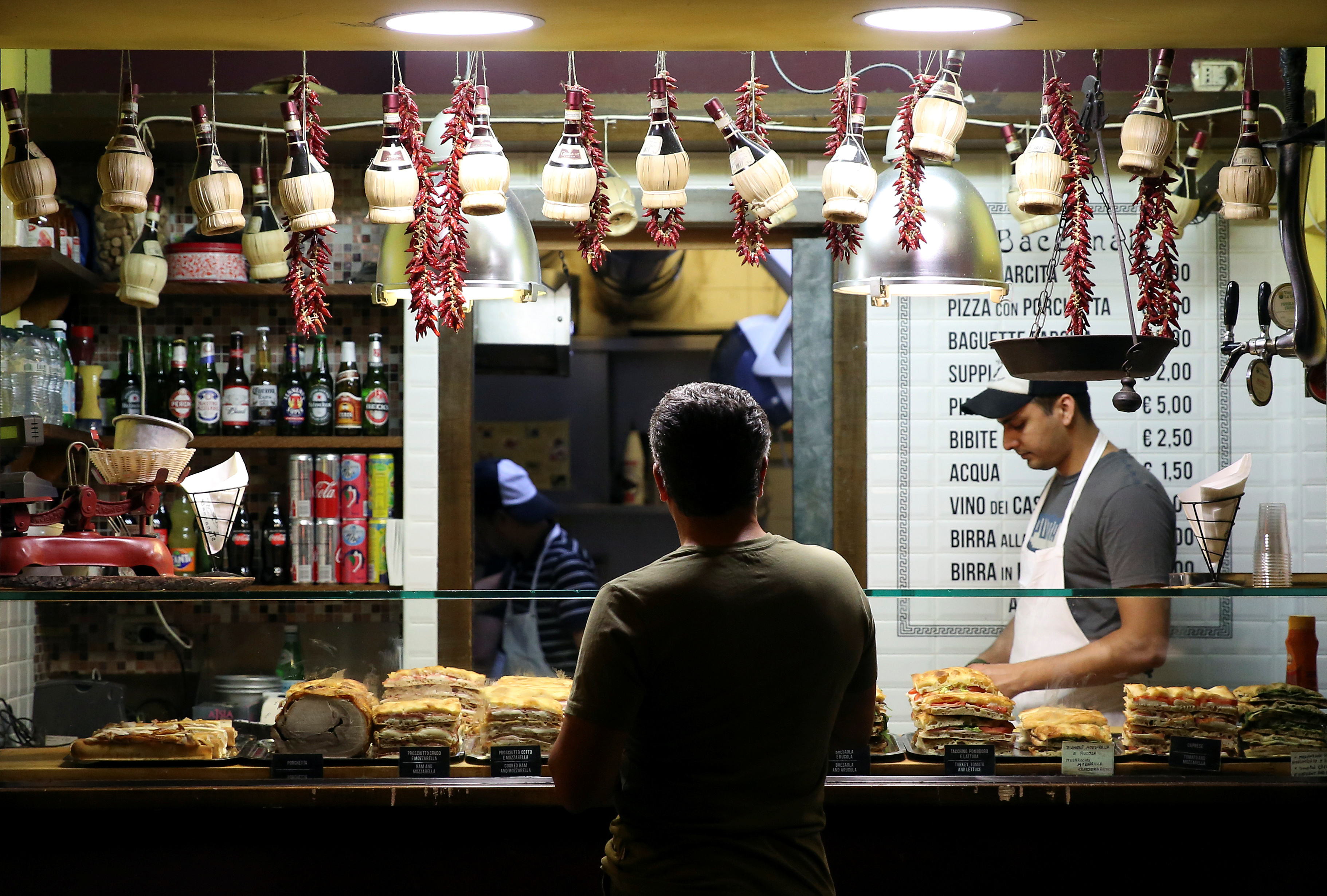 Rome wants to clamp down on short-term work contracts by diluting past labour reforms. That might help job security but would be counterproductive in cutting unemployment. Tackling a skills gap and trimming employers’ costs would do more to boost the quality and quantity of jobs.

A costumer waits for a sandwich at a street food shop in downtown Rome, Italy, June 5, 2018. REUTERS/Stefano Rellandini - RC175A5DA7B0

Italy’s radical government on July 2 approved a draft bill that aims to water down labour market reforms that were carried out by former centre-left prime minister Matteo Renzi. Parliament will have to approve the bill for it to become law.

The draft bill, the government’s first legislative measure since taking office on June 1, cuts the cumulative maximum length of short-term contracts offered to the same employee to 24 months from 36 months previously. Employers’ social security contribution bill would also rise each time they renewed the short-term contract.

The bill also envisages raising the maximum compensation that workers would receive if they were unfairly fired to the equivalent of 36 months of salary from 24 months currently, according to financial newspaper Il Sole 24 Ore. The minimum amount of compensation would rise to six months from four.