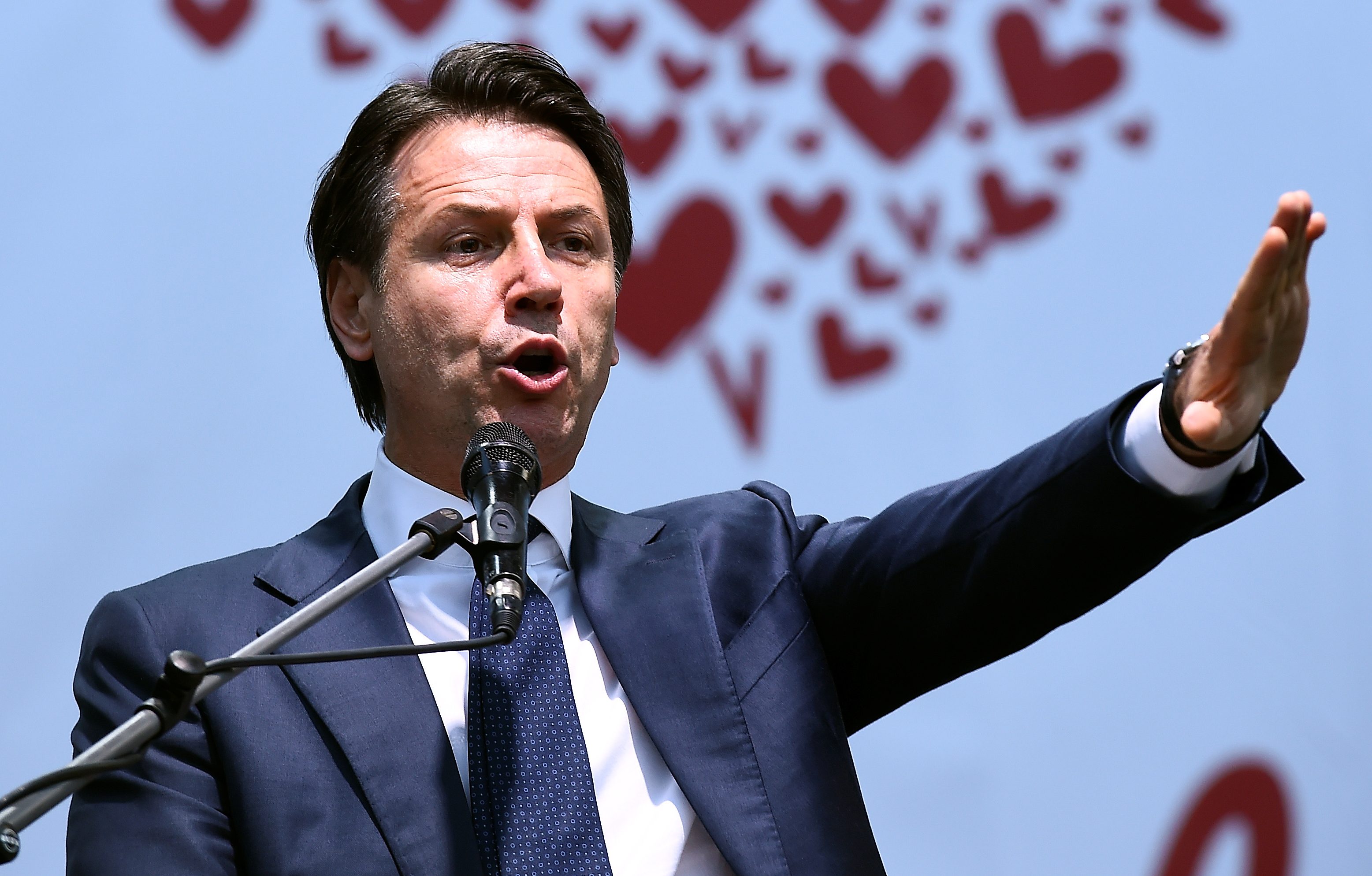 The radical government wants to boost spending despite Brussels’ opposition. Lengthy procedures mean the spat will drag on until European Parliament elections in May. With radical parties gaining ground, the new Commission could be more lenient. But markets won’t wait that long.

Italian Prime Minister Giuseppe Conte speaks during the day of commemoration to mark one month since Morandi bridge collapsed in Genoa, Italy, September 14, 2018.

Italian Prime Minister Giuseppe Conte said on Oct. 18 his coalition government would move ahead with a planned expansionary budget despite criticism from the European Commission and the risk of fines for breaching euro zone fiscal rules.

Italy is targeting a budget deficit of 2.4 percent of GDP in 2019 to finance measures including wider unemployment benefits and an early retirement scheme, up from a target deficit of 1.8 percent this year. The budget contravenes EU rules that require Italy and other indebted countries to steadily narrow the fiscal deficit to zero.

The European Commission said the budget plans would constitute an unprecedented breach of EU fiscal rules in a letter to Rome on Oct. 18. The Commission has the power to launch a so-called excessive deficit procedure against Italy that could ultimately lead to a fine.

Italy’s public debt stood at around 131 percent of GDP in 2017, the second-highest as a proportion of GDP in the euro zone after Greece.