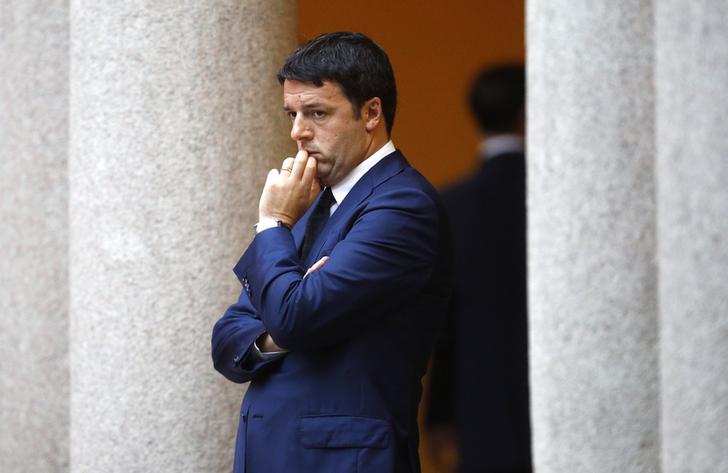 Italian banks’ poor showing in Europe’s stress test has sparked protest from the Bank of Italy. But for reforming Prime Minister Matteo Renzi, shocks to the system aren’t unhelpful. He can use the mess to reform ailing lenders so they can support the shaky economy.

Italy's Prime Minister Matteo Renzi waits for the arrival of leaders for a meeting, on the sidelines of the Europe-Asia summit (ASEM) in Milan October 17, 2014.

Nine Italian banks failed the euro zone’s comprehensive assessment, out of a total of 25 across Europe, according to results published by the European Banking Authority on Oct. 26. Two banks - Banca Monte dei Paschi di Siena and Banca Carige – need to raise an additional 2.9 billion euros.

Banca Monte dei Paschi di Siena had a 2.1 billion euros shortfall of capital under the “adverse” scenario in the stress tests, which required banks to keep a common equity Tier 1 ratio of at least 5.5 percent under a severe economic shock, including three years of recession in 2014 and 2016.

Fabio Panetta, a member of the Bank of Italy board, told a news conference on Oct. 26 that there was an “almost zero” chance of the adverse scenario occurring. The Bank of Italy said in an Oct. 26 statement that the stress test was “very unfavourable” for Italy.

MPS shares fell 20 percent on Oct. 27 and were suspended from trading.