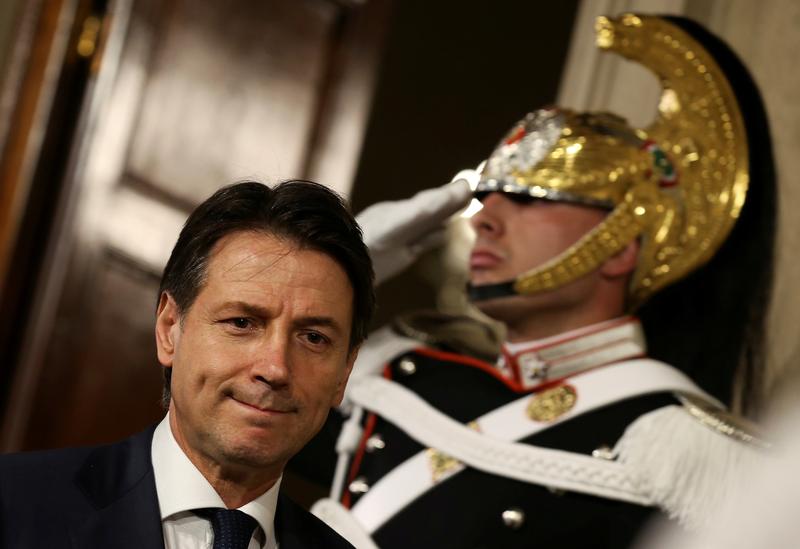 Rome’s anti-austerity executive has ended a damaging EU row by backing down over its deficit, cheering domestic asset prices. But its restraint looks largely cosmetic. Investors may soon fret about the risk of a recession and how to refinance public debt without much ECB support.

Italy's Prime Minister-designate Giuseppe Conte at the Quirinal Palace in Rome, Italy, May 27, 2018.

The Italian government proposed last week to cut its deficit goal for next year to 2.04 percent of GDP from 2.4 percent initially. This compares with Rome’s expectations of a deficit of 1.8 percent this year.

As part of the deal, Rome has also agreed to lower the 2019 GDP forecast to 1 percent from 1.5 percent next year, Reuters said quoting government and EU Commission sources.

Italian government bond yields tumbled and Italian bank shares rallied on reports of an Italian budget deal with the EU. The gap between Italian 10-year government bonds and their German equivalents narrowed to around 255 basis points, the tightest level since September.

Shares in Italy’s biggest banks UniCredit and Intesa Sanpaolo were up 2.9 percent and 3.6 percent respectively at 0915 on Dec 19.