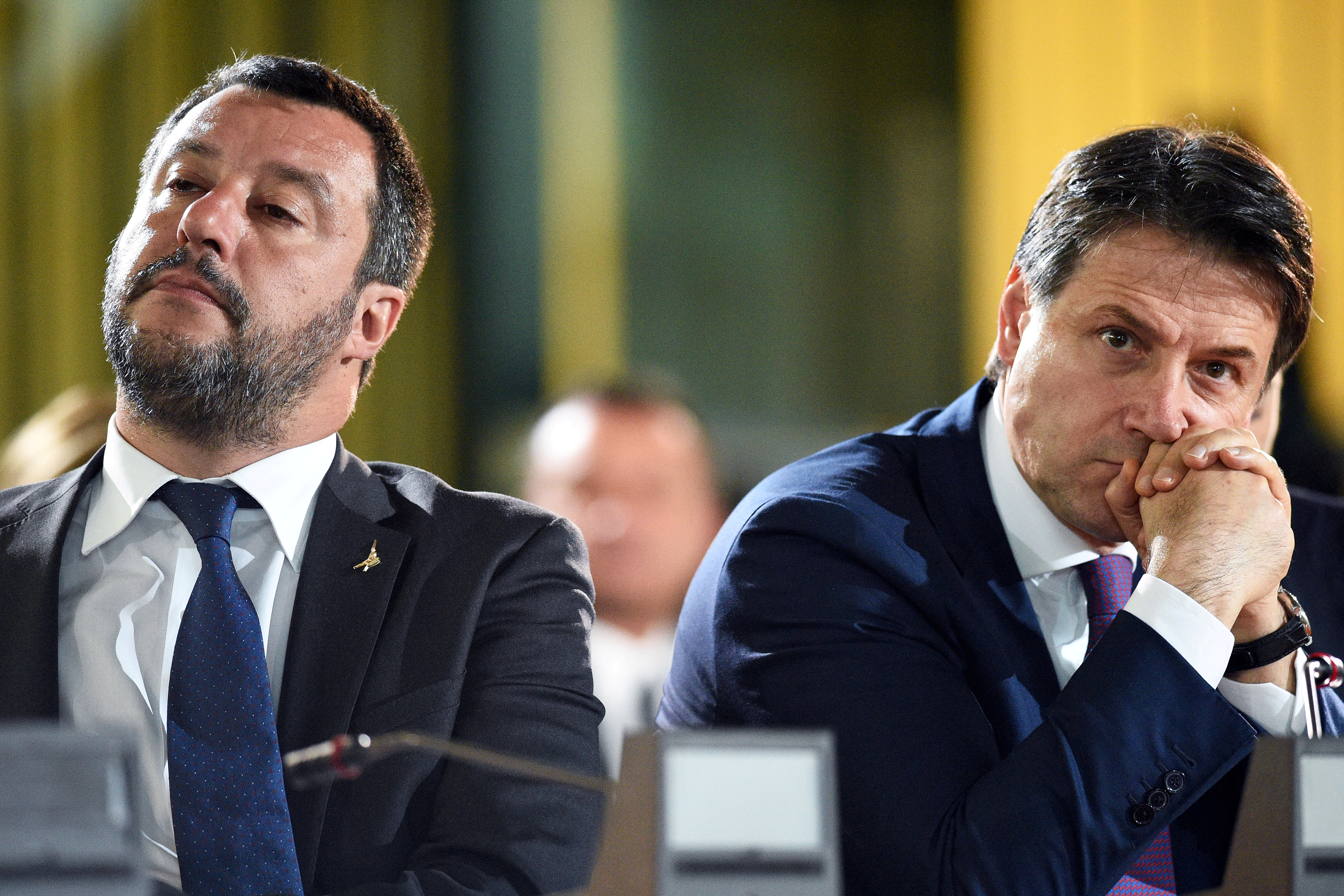 Rome’s anti-austerity government may avoid breaching European fiscal rules thanks to a last-minute budget windfall. That means it will not have to dig up spending cuts, or risk a fine. Yet the coalition’s plans for large tax cuts next year are paving the way for a bigger battle.

Italian Interior Minister Matteo Salvini and Italian Prime Minister Giuseppe Conte attend a commemoration ceremony to mark the anniversary of the assassinations of judges Giovanni Falcone and Paolo Borsellino, in Palermo, Italy May 23, 2019.

The European Commission will not trigger disciplinary action against Italy over its 2019 budget after Rome said its budget deficit would not exceed 2% of GDP, government officials told Reuters on July 2.

The EU’s executive had wanted to launch an infringement action against Italy in view of its projected rising debt.

The European Commission expects Italy’s budget deficit to reach 3.5% of GDP in 2020 – above the 3% limit required by Europe’s Stability and Growth Pact, with its debt rising to 135.2% of GDP. The commission’s projection assumes that Italy, as promised by the government, will not trigger a rise in VAT worth 23 billion euros in 2020.