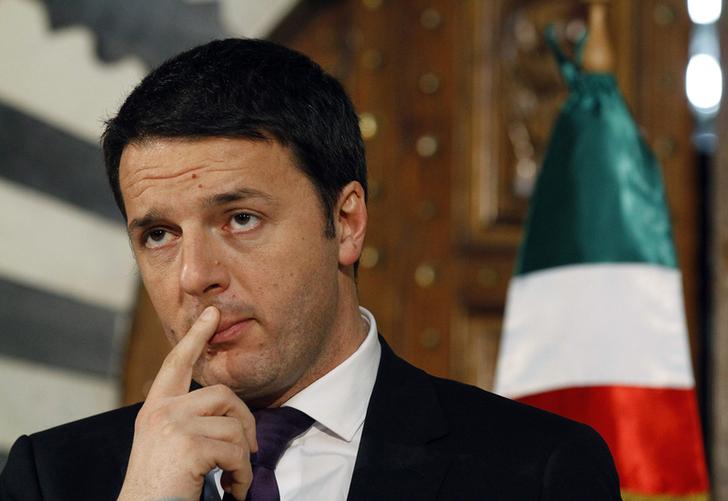 Matteo Renzi has been forced to amend his electoral reform. The result could mean that Italy will remain ungovernable. The new prime minister’s hand is weaker, even though the risk of early elections has subsided. And serious economic reforms will be harder.

The proposed electoral law, brokered with right-wing leader Silvio Berlusconi in January, promised to end the chaos of Italy’s current system, where the upper and lower houses of parliament carry equal weight but are elected according to different rules. That has made governments weak and ruling coalitions unstable. The 2013 elections were no exception, making Renzi’s centre-left party the largest – but short of a majority.

Italy’s politicians have feigned to want to change the system for years. They were finally forced to do something after the country’s Constitutional Court ruled they had to. Renzi’s proposal was to introduce a two-rounds ballot system, to create a clear winner in case of an ambiguous first-round vote. The upper house, the Senate, was to be stripped of its powers and restructured later on.

There was always a risk the law would be butchered in parliament. That may have been the reason why Renzi moved to oust his predecessor, Enrico Letta, last month. But now his own party has introduced changes to make the law only applicable to the lower house. Senators will be chosen through a proportional system. Different electoral systems for both houses could lead to deadlock. Renzi argues that it doesn’t matter since the Senate will be restructured anyway. But that could take years.

At least the risk of new, early elections has subsided somewhat. That could give the current coalition time to pass reforms, and allow Italy’s parties right and left to regroup after the turmoil of recent years. Yet immobilism has a cost. Renzi is now weaker in the eyes of both voters and politicians. Having seized power through a palace coup, he can’t seek electoral backing for his reform agenda. And he can’t use the threat of an election to cajole other politicians into accepting tough reforms.

The electoral law was to be just the first of Renzi’s great reforms: he also wants to shake up labour laws and the judiciary to revive Italy’s flagging economy. His first misstep won’t make that easier.

“We will present an affordable housing plan … and we hope for measures on the Jobs Act,” Renzi said during a meeting with Italian mayors in Syracuse, Sicily.

The European Commission put Italy on its watch list on March 5 due to the country’s very high public debt and weak competitiveness, meaning it will monitor Italy’s reforms and could impose fines if they are not implemented.