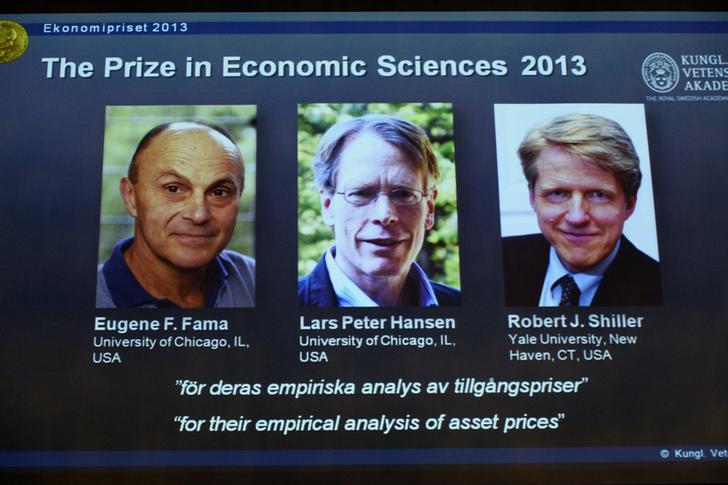 Eugene Fama won his Nobel for arguing in 1970 that equity markets are efficient. Robert Shiller shared the prize by later writing that they tend to form bubbles. Resources and capital would be distributed better in Fama-world. But it will take higher rates to leave Shiller-land.

or
Request a Free Trial
or
A $14 bln Brambles buyout would loosely stack up
Sign in to your Breakingviews account
If you need assistance please email breakingviews.clientsupport@thomsonreuters.com

Photos of the 2013 Nobel Prize laureates in Economic Sciences Eugene Fama (L-R), Lars Peter Hansen and Robert Shiller are displayed during a news conference at the Royal Swedish Academy of Sciences in Stockholm October 14, 2013.