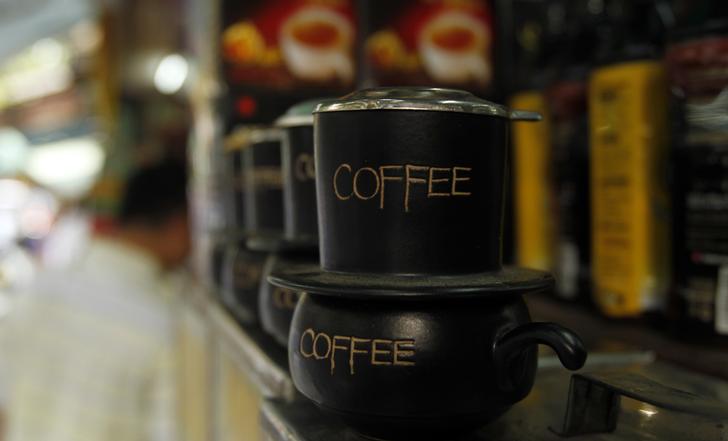 At-home drinking has helped the group’s 25 bln euro coffee arm, JDE Peet’s, hold its value despite Covid-19. Listing a chunk will help pay down the unit’s debt. Still, JAB could sell further equity and use the money to build a portfolio less reliant on three big companies.

Coffee products are displayed for sale at a coffee shop in Hanoi August 14, 2013.

Consumer goods investor JAB will launch the initial public offering of its coffee business JDE Peet’s this week, seeking to raise between 1.5 billion euros and 2 billion euros overall, the Financial Times reported on May 18.

JAB, which started out as the investment fund for Germany’s billionaire Reimann family but has since raised billions from other investors, combined JDE and Peet’s last year and overhauled its management, in preparation for the IPO.

As of June 2019, JAB said it valued Jacobs and Kenco maker JDE at 23 times earnings over the previous 12 months. It said the fair value of roaster and retailer Peet’s was 28 times earnings.

The Financial Times reported that JDE Peet’s made 585 million euros in profit in 2019.