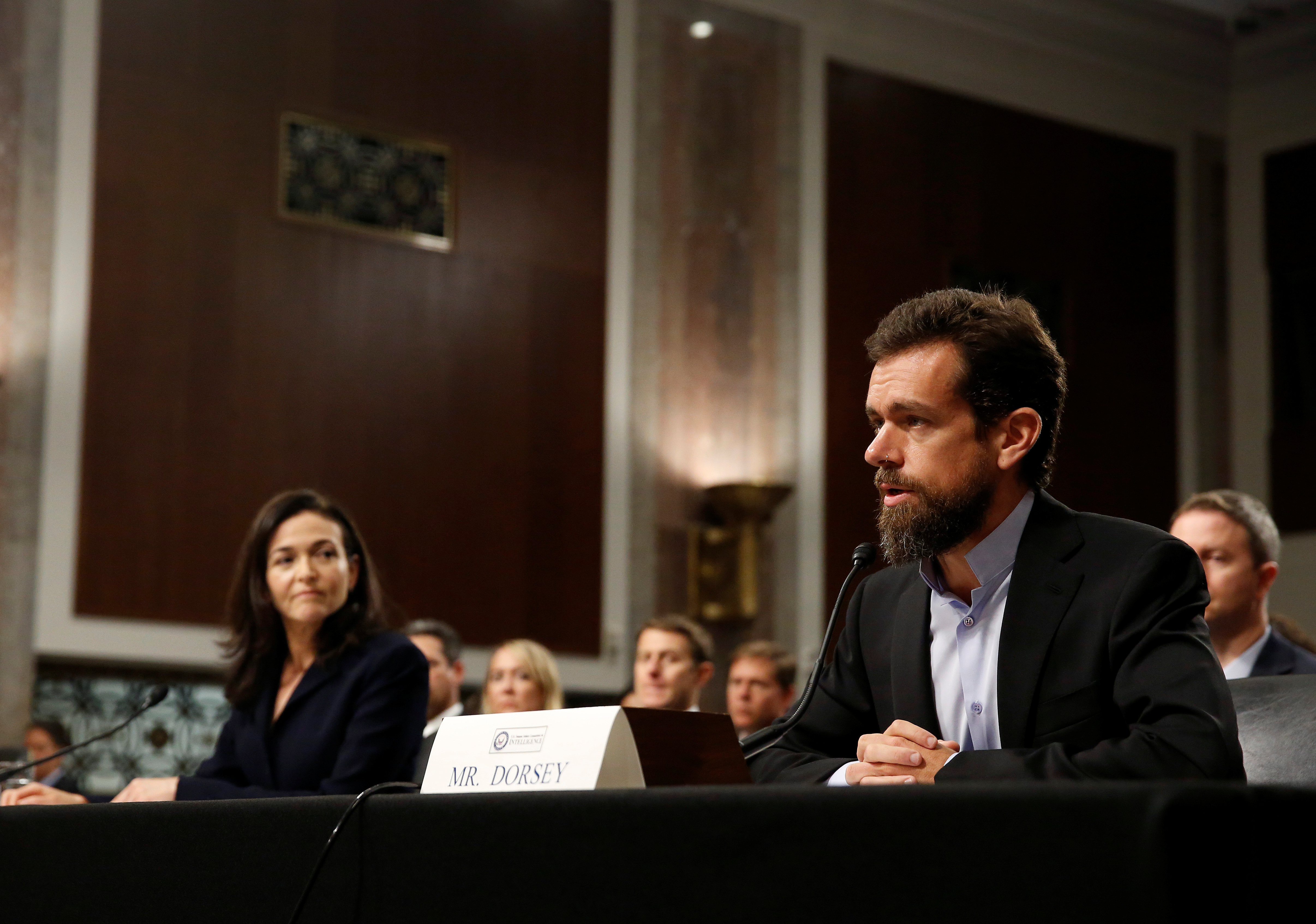 The usually dry Twitter CEO seemed more genuine than Facebook’s polished No.2 at a Washington hearing. Dealing with fake accounts, election meddlers and the like may hurt growth. But the industry needs a good envoy to tackle the regulatory threat. Dorsey may be the one.

Twitter Chief Executive Jack Dorsey and Facebook Chief Operating Officer Sheryl Sandberg on Sept. 5 testified before the Senate Intelligence Committee about foreign influence in U.S. elections through the use of social-media platforms. Sandberg told senators that Facebook responded too slowly to Russian efforts to interfere in the 2016 U.S. presidential election.

“We’ve removed hundreds of pages and accounts involved in coordinated inauthentic behavior - meaning they misled others about who they were and what they were doing,” Sandberg said in written testimony.

Dorsey also is scheduled to appear before the House Energy and Commerce Committee on Sept. 5 to testify about potential political bias on Twitter. He said in written testimony that the company “does not use political ideology to make any decisions.”

President Donald Trump criticized Twitter in July for allegedly restricting the visibility of conservative pundits and politicians. On Aug. 28, Trump tweeted that Google was “rigged” to highlight negative stories about him in search results and said it could be “illegal.”