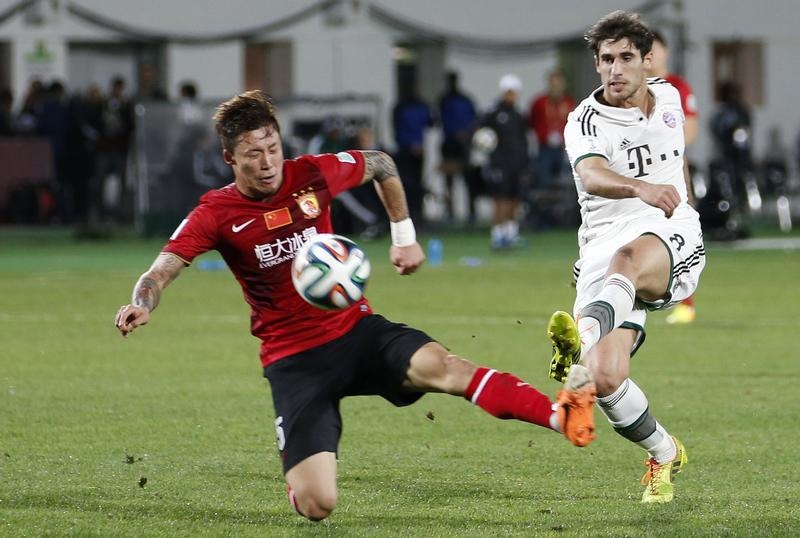 Jack Ma’s decision to buy half of China’s most popular soccer club has done prospective investors in Alibaba a favour. The $192 million investment in Guangzhou Evergrande which the internet giant’s founder hatched over a drinking session this week won’t affect Alibaba’s value when it goes public later this year. But it offers a priceless insight into how the company works.

If Alibaba has a good strategic reason for owning a stake in the reigning Asian champions, Ma is keeping quiet about it. He joked at a press conference that he doesn’t know much about soccer. The investment is latest example of Alibaba’s scattershot approach to deal making, loosely designed to expand it into new areas like entertainment and health. In the last year it has bought stakes in an appliance maker, an owner of department stores, a mapping firm, an online video service and a Hong Kong-listed media group.

Ma has demonstrated a knack for identifying big trends. His approach also doubtless owes a lot to China’s business landscape, where the need to maintain personal relationships, curry favour with officials or comply with ownership restrictions can force companies to take counter-intuitive steps. And Ma’s style is no more idiosyncratic than that of Facebook’s Mark Zuckerberg, who reportedly finalised the $19 billion acquisition of WhatsApp this year while eating strawberries with the messaging service’s founder.

The Guangzhou Evergrande investment also won’t change Alibaba’s valuation, which a Breakingviews calculator estimates at $113 billion. Yet it is invaluable in demonstrating how the company operates. After the initial public offering, a group of 28 senior executives led by Ma will nominate the majority of Alibaba’s board of directors. Would-be shareholders will be passive spectators with little power. The latest deal should leave them with no illusions about what to expect.

Alibaba on June 5 announced it was buying half Guangzhou Evergrande, China’s most successful football club, for 1.2 billion yuan ($192 million).

The internet group will buy 50 percent of the winner of last year’s Asian football championship from its current owner, Evergrande Real Estate Group.

Jack Ma, Alibaba’s founder, hatched the deal over drinks with Evergrande chairman Xu Jiayin, and wrapped it up with a phone call a few days later.

“I got Jack drunk in Hong Kong and afterwards asked him if he’d invest, and he said ‘okay’,” Xu said at a press conference. “The discussions were finished within 15 minutes yesterday morning.”

Alibaba and its affiliates have spent more than $6 billion this year on assets in finance, entertainment and healthcare, ahead of a U.S. stock listing that could be the biggest tech company initial public offering to date.

The club will issue new shares and then invite 20 strategic investors to each take a 2 percent stake. That will eventually reduce Alibaba’s and Evergrande’s shareholdings to 30 percent each.

The club will then hold 2.4 billion yuan in cash, said Xu. “When the conditions are right for the club to go public, it will,” he added.