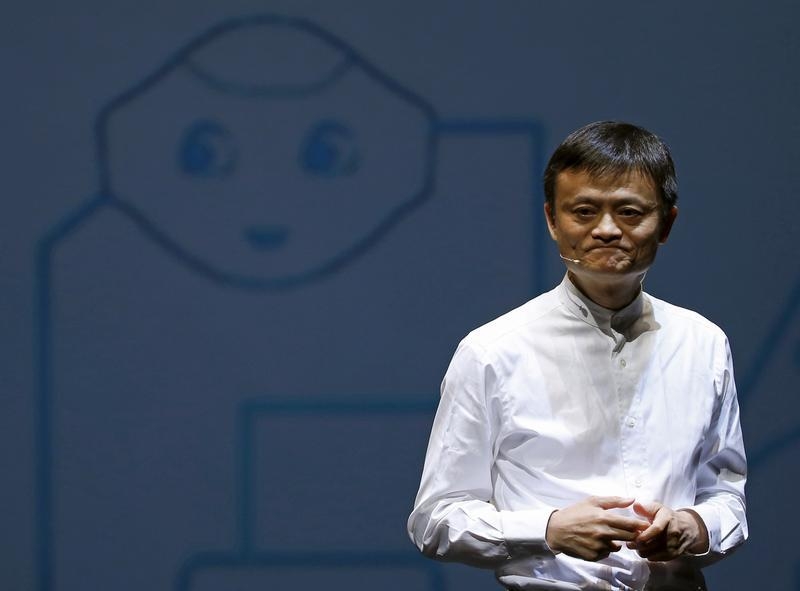 Jack Ma’s fintech jewel is a $20 billion mystery for Alibaba shareholders. Ant Financial, the e-commerce group’s payments arm, has just raised funds at a $60 billion valuation and is preparing for an intitial public offering. Alibaba has an option to take a stake in the business or continue a profit-sharing agreement between the two. Yet the future relationship is shrouded in uncertainty.

Ma’s online shopping empire may be worth $198 billion. But Ant Financial, which operates China’s dominant online payments service, Alipay, as well as an internet bank and fund management arm, is a giant in its own right. Its $4.5 billion fundraising is the largest ever for a private internet company, and adds sovereign wealth fund China Investment Corp Capital and state-owned China Construction Bank to its roster of politically-connected backers.

Yet Ant’s much-anticipated IPO presents Alibaba with a conundrum. The e-commerce group currently has a profit-sharing agreement with its financial affiliate, which Ma controls. In the 12 months to March last year, Alibaba received 37.5 percent of Ant’s pre-tax income – roughly $269 million. The online retailer has three choices ahead of an IPO: continue this agreement, receive a one-time payment, or take a 33 percent equity stake. If Alibaba opts for a smaller shareholding, Ant can make up the difference with cash or a revised profit-sharing agreement.

Restrictions on investment in China’s financial and technology sectors may complicate this process. The People’s Republic prevents foreign institutions from owning more than 20 percent of Chinese banks, while some technology companies are entirely off-limits. It’s unclear whether Ant Financial is subject to these constraints. Meanwhile Alibaba’s New York listing and its use of so-called variable interest entities – offshore holding structures and contracts designed to skirt foreign investment rules – might lead it to be classified as a foreign investor. Shareholders will recall that legal uncertainty over foreign ownership was the reason Ma gave for transferring Alipay out of Alibaba back in 2010.

Either way, Ant and Alibaba remain commercially intertwined. Alipay processes two-thirds of Alibaba’s transactions, and the two have joint investments in a Chinese food delivery company and an Indian payments and e-commerce group. Alibaba shareholders, however, can currently only guess at their claim on Jack Ma’s financial jewel.

Ant Financial Services Group, an affiliate of Chinese e-commerce company Alibaba, said on April 26 that it raised $4.5 billion in funding.

The financial technology company, which offers services like online payments, wealth management products and insurance, is now valued at close to $60 billion, according to a source cited by Reuters.

Alibaba currently has a profit sharing agreement with Ant Financial and has an option to take a stake in the business ahead of an initial public offering. Ant Financial confirmed plans for an IPO but has previously said it does not have a timeline for the process.