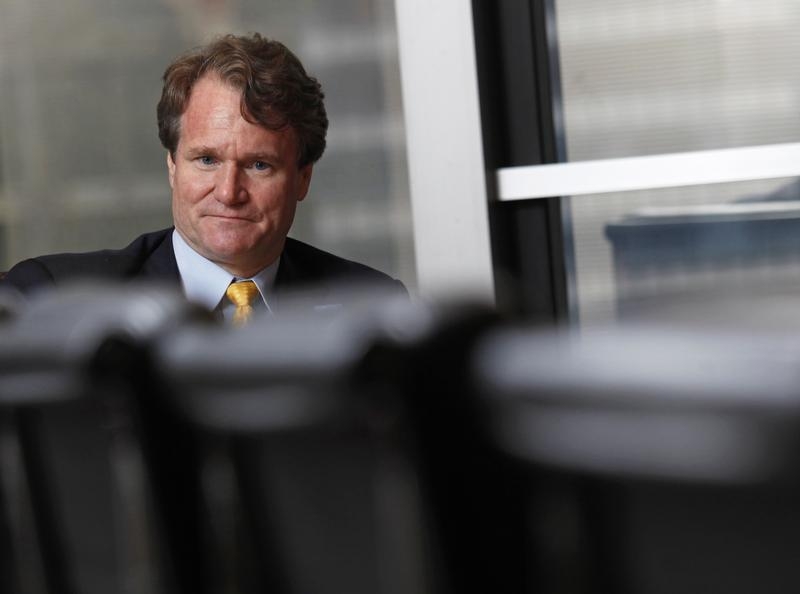 James Gorman will leave Brian Moynihan in the slow lane in 2015. It’s the year the chairmen and chief executives of Morgan Stanley and Bank of America, respectively, mark five years in charge of the two global banking powerhouses. Neither has had an easy time of his first half-decade. Gorman, though, looks on track to lead his firm’s return on equity back above 10 percent.

It’s an important goal, representing the point at which large banks comfortably cover their weighted average cost of capital. Some six years after the worst of the financial crisis, though, it’s also a pretty humdrum one. Moynihan has, of course, had to shell out more than $60 billion to cover legal fees and to buy back dud mortgages. Gorman, meanwhile, has had to overhaul both trading and wealth management. And both, along with the rest of the industry, are adapting to new regulations.

Of the two, BofA’s underlying business actually looks more robust. Its consumer and wealth management arms both cranked out returns on average allocated capital of around 25 percent in the first nine months of 2014. Global banking hit a decent 17 percent. Even trading managed 10 percent. Common equity returns at Morgan Stanley’s individual divisions don’t get out of the teens.

The problem Moynihan has is that the bank’s expenses are still too high, even after recent cost cutting and allowing for legacy legal and mortgage charges. The bank’s efficiency ratio hovers up near 70 percent, while rivals like JPMorgan and Wells Fargo are below 60 percent. To reach a firm-wide 10 percent return, BofA needs to find an extra $6 billion or more of net income a year, whether from additional revenue, cost cutting or both, Breakingviews calculations show. That equates to around a third of adjusted earnings.

The only obvious help on the horizon would be a rise in interest rates. The bank reckons a 1 percentage point jump would add $3 billion to the top line.

Morgan Stanley, though, has some levers to pull. Its growing deposit base allows the firm to reduce funding costs and also boost income from lending to its wealth-management clients. And a recent tweak to how bonuses are paid could add 0.6 percentage points to annual equity returns. That should just be enough to sneak Gorman a few steps ahead of Moynihan in the race for acceptable returns.