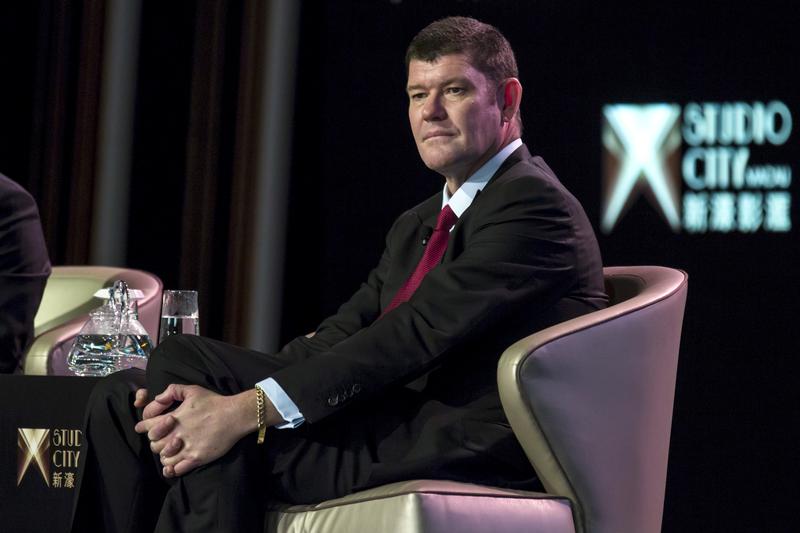 The Australian billionaire has resigned from the board of his casino empire again, this time for health reasons. He leaves a group still reeling from a Chinese crackdown that left staff in prison and prompted a costly global retreat. The path to recovery is clearer without him.

Australian billionaire James Packer, co-chairman of Melco Crown Entertainment, attends a news conference at Melco Crown's Studio City in Macau, China October 27, 2015. Melco Crowns Hollywood-themed Studio City is the companys third casino in the southern Chinese territory of Macau, the only place in the country where casino gambling is legal. Studio City represents a break from the other 37 casinos operating in Macau. It has no VIP baccarat lounges and will focus instead on mass-market casual gamblers, in a sign of the times for the world's largest gambling hub. REUTERS/Tyrone Siu - GF20000034540

Australian billionaire James Packer resigned from the board of casino operator Crown Resorts on March 21. Crown cited personal reasons. A spokesman said Packer was stepping back from all commitments because of mental health issues.

Packer owns just under 50 percent of Crown Resorts, the biggest listed casino company outside China, through a holding company. He returned to Crown’s board in January 2017 after the group reversed global expansion plans.

On Feb. 22 the group reported a 0.6 percent increase in its normalized net profit after tax for the six months ended Dec. 31 to A$192.4 million, helped by an improvement in the contribution from VIP gamblers.