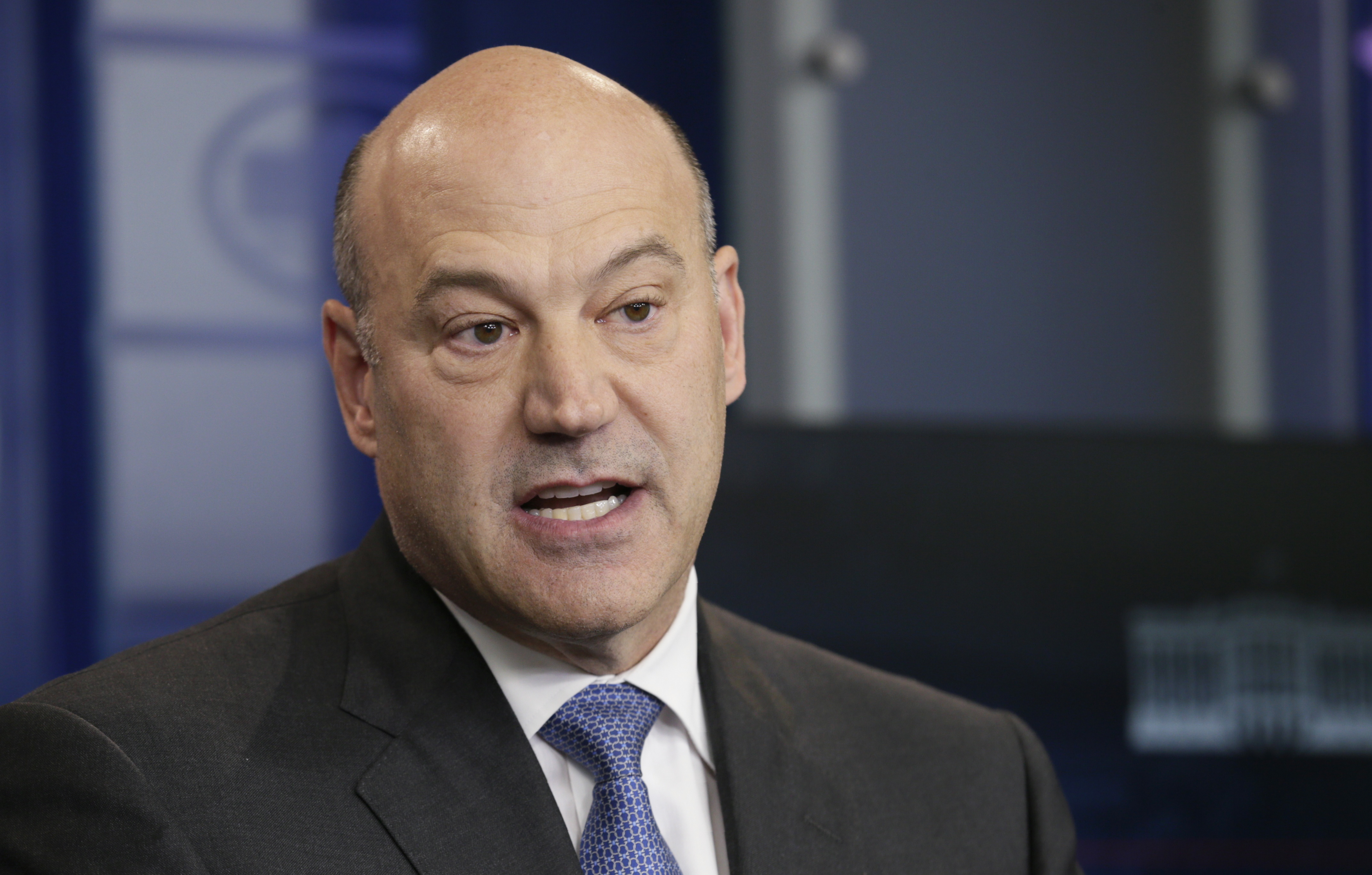 I regret to inform you that I’ll be stepping down from my position as director of the National Economic Council, effective immediately. This decision has weighed on me and I do not take it lightly. I would not leave a post that allows me to serve my country unless it presented another opportunity of a lifetime.

JPMorgan Chairman Jamie Dimon, whom you know well, recently contacted me about the possibility of joining the bank. I have known Jamie for years as a competitor and industry colleague and admire the institution he has led. I was offered the position of president of JPMorgan, a newly created role that will allow the board to more effectively coordinate succession planning at the bank.

This was an opportunity I could not pass up and provides another chance to play a significant role in improving the U.S. economy, helping average Americans with their financial needs and providing assistance to businesses of all sizes. The bank has a balance sheet of $2.5 trillion, employs more than 240,000 workers and operates in more than 100 countries. I will also not be hemmed in by Congress or extreme partisanship, a matter of frustration for both of us.

While I was honored to have been considered as a potential chairman of the Federal Reserve, I believe my skills are better suited on Wall Street. I hope you’ve seen that in my work for you I’m a hands-on person who is all about getting results as quickly as feasible. I also prefer to be forthcoming and open about my views, which may not be an appropriate fit for the central bank.

When I informed you about Jamie’s approach, I also told you that I feel that I can no be longer effective in my current post. While we have had some differences of opinion on the appropriate reaction to Charlottesville, I appreciate that you have not relieved me of my duties or told me that you no longer want my services. But like you, I have relied on my gut instincts throughout my career, and they are telling me that it’s time to move on.

I don’t think I can be a valuable adviser on economic matters such as tax reform or trade, where I have tried to give you my best advice based on more than 25 years in finance. As you know, I have opposed additional tariffs that could spark a trade war with China, South Korea and other countries. I believe, as you do, in fair trade but focusing solely on deficits doesn’t take into account American industries that could be hurt by potential retaliatory actions by other countries.

I also still believe in reforming our overly complex and regressive tax system and overhauling our nation’s dilapidated infrastructure. However, Congress has become increasingly distracted by infighting between the White House and Republican leadership, the Russia investigation and other issues. Therefore, my top initiatives now seem to have little chance of moving forward.

Given all of these factors, I think it’s the appropriate time for me to leave the administration. It’s been my greatest honor to serve you, and my country. I look forward to continuing to do what I can for our economy as a leader of the most valuable American bank.

A newly fraying relationship between U.S. President Donald Trump and top White House economic adviser Gary Cohn has raised questions about how long Cohn will stay in his job, Reuters reported on Sept. 7, citing two people with close ties to the White House.

Several sources told Reuters that Cohn, director of the National Economic Council, had long planned to stay in his post for at least a year. But one source said concern had grown among Cohn’s allies over the past 24 hours that he might be pressured to leave.

The recent concerns stemmed from a report in the Wall Street Journal – confirmed by other news media, including Reuters – that Cohn was unlikely to be nominated by Trump as a potential successor to Fed Chair Janet Yellen.

Cohn drafted a resignation letter that he did not submit to Trump, the New York Times reported on Aug. 25. The move was in response to Trump’s comments that both sides were to blame for violence at a white supremacist rally in Virginia earlier in August. In an interview with the Financial Times published Aug. 25, Cohn said the Trump administration “must do better” in condemning neo-Nazis and other racist groups.