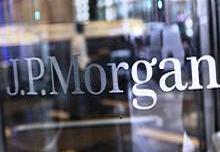 JPMorgan’s Ahab has met his Moby Dick. Chief Executive Jamie Dimon has toiled at length to build a bank strong enough to withstand the greatest of storms. The $2 billion hedging hit the bank disclosed late on Thursday will put JPMorgan to the test. Its capital buffers may be safe for now, but the ramifications are apt to be broader.

The losses come from the bank’s chief investment office. That’s part of the core treasury function at JPMorgan, responsible for managing the entire firm’s balance sheet. That it was being “poorly monitored,” as Dimon conceded, is even more worrying than the discovery of a random rogue trader.

The CIO has made news of late because of reports that one of its overseas traders, Bruno Iksil, was taking such large positions in a credit index to hedge JPMorgan’s risk that he was distorting the market. Rivals labeled him the London whale. Dimon declined to discuss specifics.

But just last month, on the bank’s first-quarter earnings call, executives defended the CIO. Finance chief Doug Braunstein said the bank was “very comfortable” with its positions. Now, Dimon admits a revised hedging strategy was “flawed,” there was “sloppiness” and that “egregious mistakes” were made.

Investors have come to expect such disarming honesty from Dimon. But the mess is reminiscent of similar failings at JPMorgan before his time. In fall 2001, the bank was adamant that its overall exposure to Enron was around $900 million, before later revealing the amount was almost triple that figure. A year later, executives hosted an emergency call with investors – like the one hastily assembled on Thursday afternoon – to announce that all its trading desks had lost money even though all had remained within their risk limits.

This latest mishap is a timely reminder that even a driven banking captain can be hobbled by a trading whale. JPMorgan could suffer still more losses. The amount at risk is nearly twice original estimates and the portfolio is more volatile than JPMorgan expected. What’s becoming increasingly evident is that even a single-minded obsession for risk and balance sheet management isn’t enough to contain a financial whale.

The JP Morgan Chase headquarters is seen in New York. JP Morgan has generated the highest market share of global bond proceeds so far this quarter with a 7.9% share, followed by Deutsche Bank at 7.1%, Barclays at 7% and Citigroup with 5.6%. REUTERS/Shannon Stapleton

JPMorgan said on May 10 it had taken about $2 billion of losses in a portfolio of synthetic credit securities because the positions taken by its chief investment office turned out to be riskier and more volatile as a hedging instrument than the bank expected.

In a hastily arranged conference call with analysts after markets had closed, Chief Executive Jamie Dimon said the losses were due to “many errors,” “sloppiness” and “bad judgment.” He added that the new hedging strategy that created the losses, and which Dimon warned could lead to additional losses in the second quarter, was “poorly reviewed” and “poorly monitored.”

The losses were disclosed in a quarterly filing with securities regulators. JPMorgan shares fell 5.5 percent in after-hours trading. They closed at $40.74 on May 10.