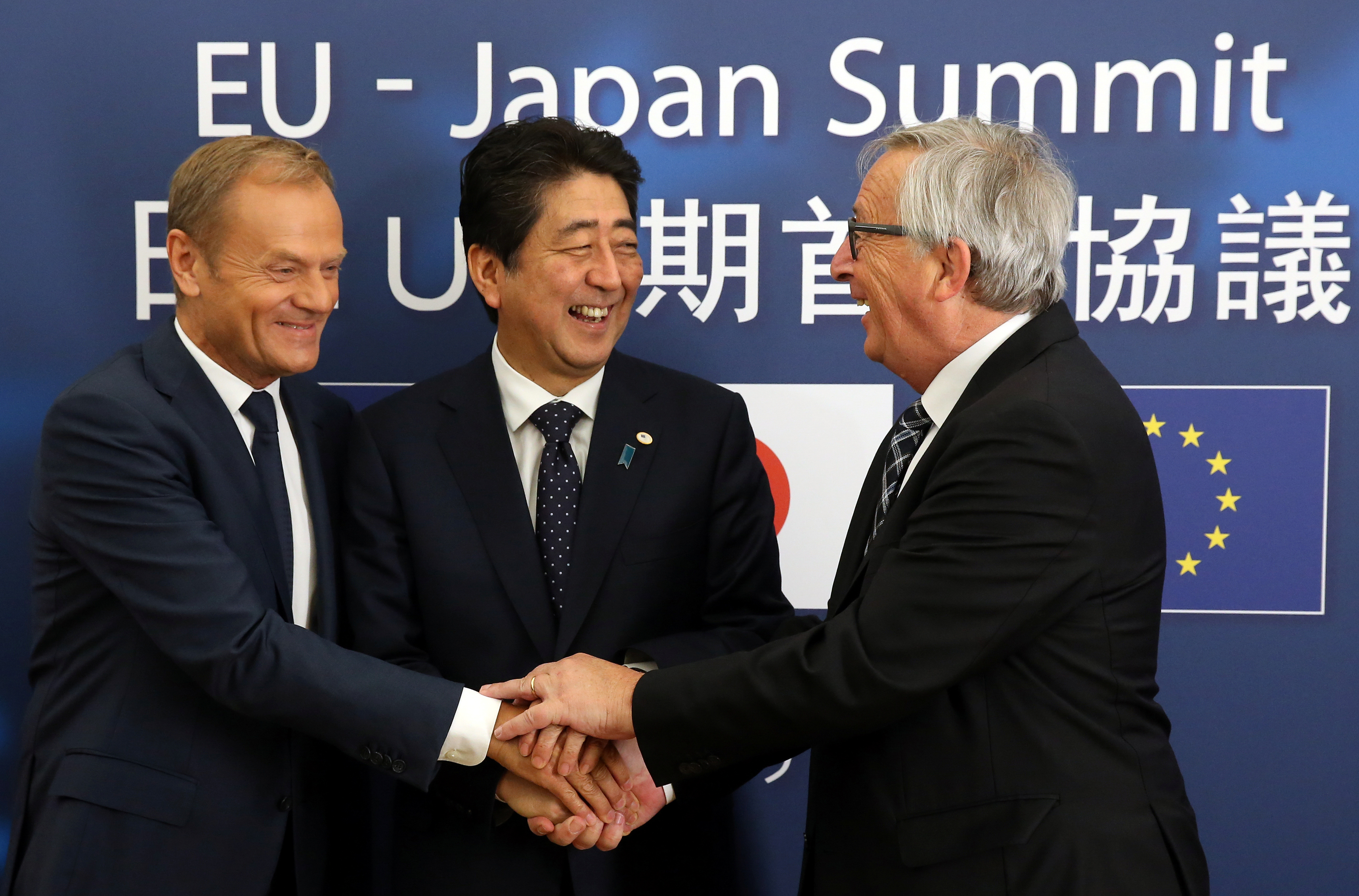 Last year both were focused on negotiations with the United States. But the U.S. president’s protectionist stance prompted them to revive long-standing talks. Though the “political agreement” is far from complete, it’s a sign that trade liberalisation can still happen.

Japan and the European Union agreed on July 6 to a free-trade pact, creating the world’s biggest open economic area and signalling resistance to what they see as U.S. President Donald Trump’s protectionist turn.

The "political agreement" between two economies accounting for a third of global GDP leaves some areas of negotiation still to finish, though officials insist the key snags have been overcome.

“Ahead of the G20 summit tomorrow, I believe Japan and the EU are demonstrating our strong political will to fly the flag for free trade against a shift toward protectionism,” Japanese Prime Minister Shinzo Abe told a joint news conference with EU institutional chiefs Donald Tusk and Jean-Claude Juncker.

“Although some are saying that the time of isolationism and disintegration is coming again, we are demonstrating that this is not the case,” Tusk said.