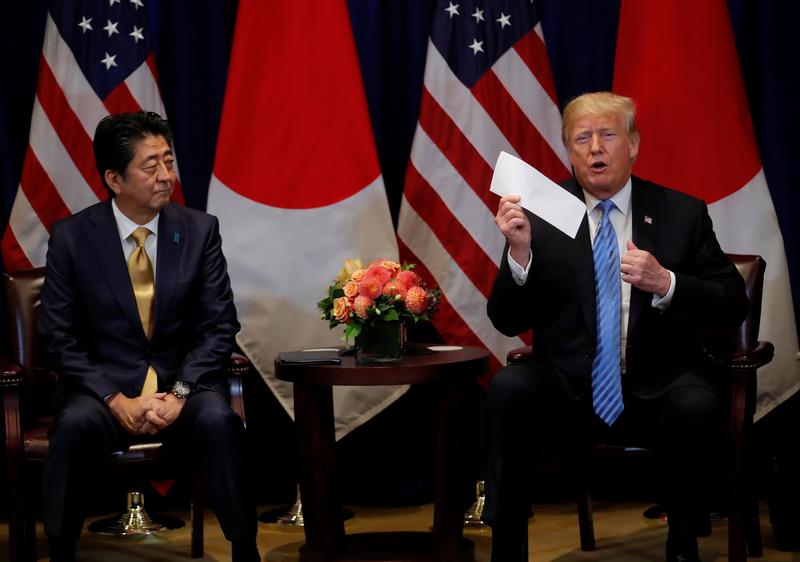 After resisting for months, Prime Minister Shinzo Abe finally agreed to bilateral talks with Donald Trump. He had little choice given how vulnerable Toyota and other carmakers are to U.S. tariffs. Sticking with TPP, however, has given Japan leverage in areas such as agriculture.

In a joint statement, the two countries said they would negotiate on trade in goods and services, aiming to produce "early achievements."

"For Japan, with regard to agricultural, forestry, and fishery products, outcomes related to market access as reflected in Japan's previous economic partnership agreements constitute the maximum level," it added. This refers to the Trans-Pacific Partnership, a multilateral agreement which Trump abandoned but Japan ultimately ratified.