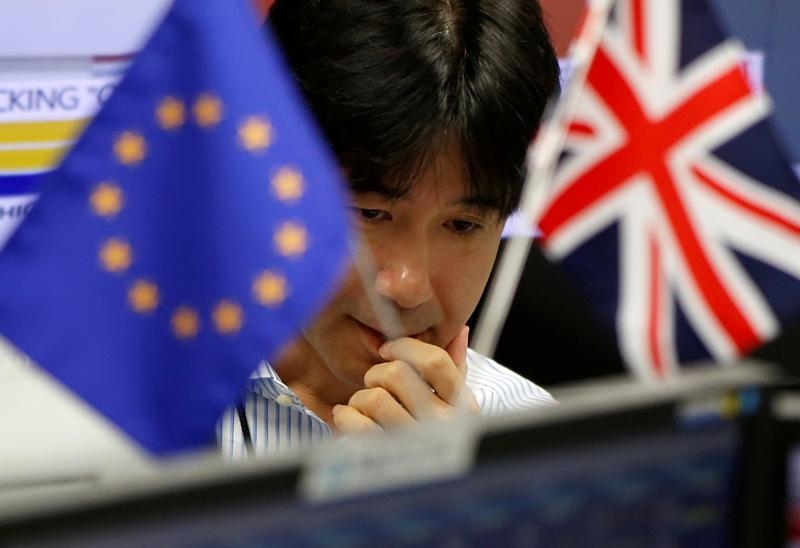 Market ructions are once again undermining Japan’s economic revival. That could help drive bolder reform, more state spending and looser monetary policy. Officials could even resort to selling yen. Amid so much uncertainty, though, it would be wise to keep some powder dry.

An employee of a foreign exchange trading company works between a British flag and an EU flag in Tokyo, Japan, June 24, 2016. REUTERS/Issei Kato TPX IMAGES OF THE DAY - RTX2HXRM

Japan’s government spokesman said on June 27 it was important to take all possible measures to ensure market stability with a close eye on short-term moves in financial markets.

Deputy Chief Cabinet Secretary Hiroshige Seko told a news conference that the government would closely monitor the impact of Brexit on Japan’s real economy in the medium and long terms. He said the government and Bank of Japan would meet at appropriate times as needed.