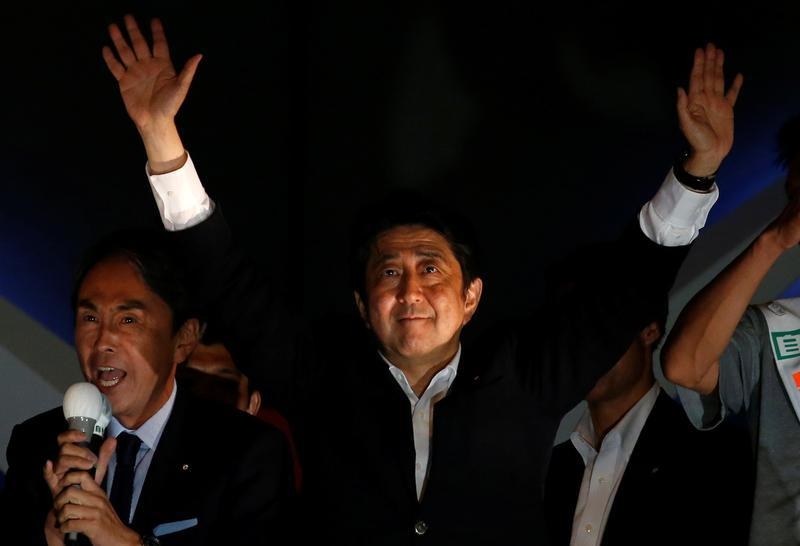 Prime Minister Shinzo Abe’s coalition won a landslide victory in the upper house, a striking result as voters elsewhere reject established parties. The risk is that Abe uses the mandate to remove constitutional limits on the military, rather than focusing on economic reforms.

Final counts showed Abe's coalition, like-minded parties and independents had won the two-thirds "super majority" needed to try to revise the constitution's restraints on the military.

Abe's Liberal Democratic Party (LDP) fell one short of winning a simple majority, which would have increased its clout within the coalition.

Kyodo news agency put turnout at about 54 percent, a bit above the record low of 52.61 percent seen in the last upper house poll three years ago.