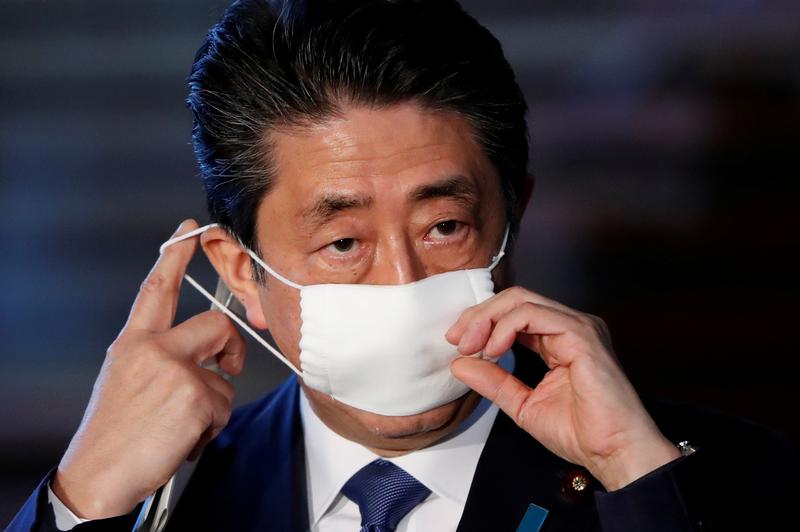 Prime Minister Shinzo Abe is preparing a stimulus worth 20% of GDP as his government announces a state of emergency to combat the coronavirus. Already at the edges of unconventional monetary policy, Tokyo will now further test new frontiers for public debt in peacetime.

Japan's Prime Minister Shinzo Abe adjusts his face mask as he arrives to speak to the media on Japan's response to the coronavirus disease (COVID-19) outbreak, at his official residence in Tokyo, Japan, April 6, 2020. REUTERS/Issei Kato

Prime Minister Shinzo Abe on April 7 unveiled plans for a stimulus package worth 108 trillion yen ($990 billion), which he described among the world’s largest, and is preparing to declare a state of emergency in Tokyo and six other prefectures as early as in a bid to halt a resurge in contagions.

The total number of Covid-19 cases in Japan has nearly doubled since the end of March to 3,654. The country has only tested 39,446 people since mid-January, Reuters reported on April 6, compared to 443,273 tests in South Korea.