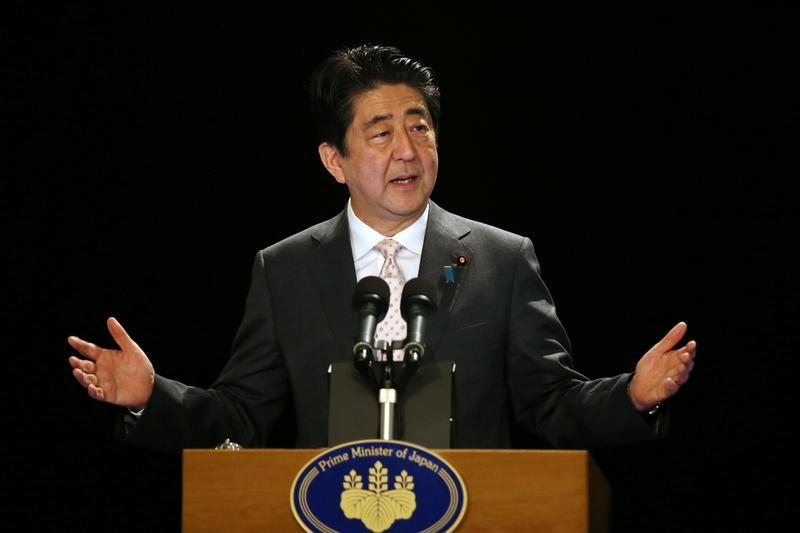 Among rich countries, Japan has the most to lose from a backlash against international trade. That’s a problem as electorates in the United States, Britain and elsewhere sour on globalisation.

“Come along, America,” Prime Minister Shinzo Abe begged in recent days, urging the United States to ratify the Trans-Pacific Partnership, which brings 12 countries together to reduce trade barriers. Both presidential hopeful Hillary Clinton and rival Donald Trump oppose TPP, though sitting President Barack Obama hopes to pass it in his final weeks in office. Japan also recently outlined at length its concerns about Britain’s exit from the European Union.

Tokyo’s overt love of free trade jars with the Western mood, but it makes total sense back home. Japan has low growth, a smallish home market and a shrinking population. It relies increasingly on selling hi-tech goods like cars, cameras, and video games abroad. Last year, Japanese companies made 58 percent of sales overseas, versus 44 percent for firms in America’s S&P 500 index.

The trade accord would ease Japan’s trade with, and investment into, big markets in the Americas and fast-growing markets closer to home. The nations that agreed TPP account for nearly 40 percent of world output.

The pact would do most for poorer countries that are inefficiently integrated into the global economy, most notably Vietnam and Malaysia. These would both enjoy roughly 8 percent increases to real national income by 2030, on Peterson Institute estimates.

But Japan’s 2.5 percent gain would be pretty hefty by developed-world standards, outstripping a 0.5 percent boost for the United States. Annual Japanese GDP growth averaged just 0.8 percent, adjusting for inflation, from 1990 to 2014.

TPP also fits squarely into Abe’s broader economic reform agenda. Increased competition on their home turf should force Japanese companies to smarten up, linking to Abe’s wider drive to make companies leaner, better run, and more profitable. The pact also helps him take on some vested interests – most notably Japan’s cosseted farmers. Tariffs will come down on many agricultural products, even in sacrosanct areas like meat, dairy and fruit.

The problem for Abe is that fed-up and disillusioned Western voters could not care less about “Abenomics” or the fate of Japan Inc.

Japan's Prime Minister Shinzo Abe said on Sept. 21 that his government would seek quick approval by parliament of the Trans-Pacific Partnership (TPP) trade pact and urged the United States to do the same.

"Please do ratify the TPP," Abe said. "We are simply waiting for you to take a leadership role. 'Come along, America', should be my own message to you." Abe was speaking at a Reuters Newsmaker event in New York.

U.S. President Barack Obama's administration intends to make a final push to convince Republican leaders in the U.S. Congress to approve the 12-nation trade deal in a "lame duck" session after the Nov. 8 presidential election and before the new president takes office.

Both Hillary Clinton, the Democratic Party candidate, and Republican candidate Donald Trump are opposed to the pact, which is unpopular with U.S. labour unions and environmental groups.

Earlier this month Japan warned that Britain's exit from the European Union could prompt Japanese financial institutions to relocate from London, and listed a raft of concerns that Japanese firms had about Brexit.