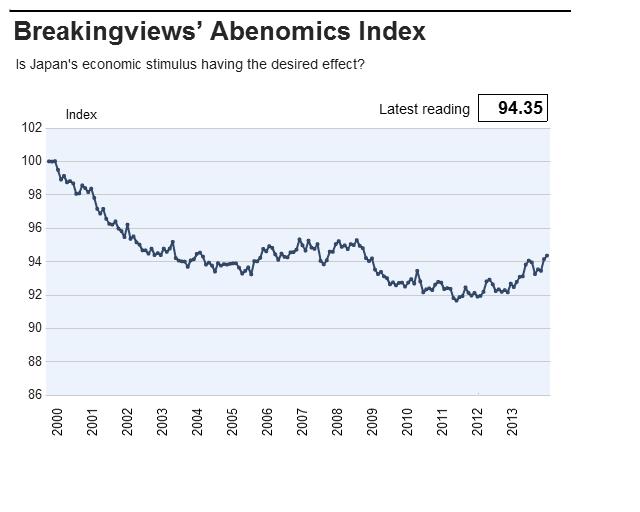 A second straight gain in October pushed the Breakingviews Abenomics index to its highest since the 2008 crisis. But Prime Minister Shinzo Abe must worry about the durability of the recovery. Wage gains aren’t yet large enough to compensate households for rising prices.

The Breakingviews Abenomics index rose to 94.35 in October, from a revised 94.14 in the previous month. The October figure is the highest since September 2008.

Regular wages of the main salary earner have fallen 0.4 percent this year on average, while bonuses have grown at their fastest pace since 2006. Toyota Motor’s labour federation, which represents the group’s 329,000 workers, will push for a rise in base wages, Reuters reported on Dec. 5, citing Japanese media.