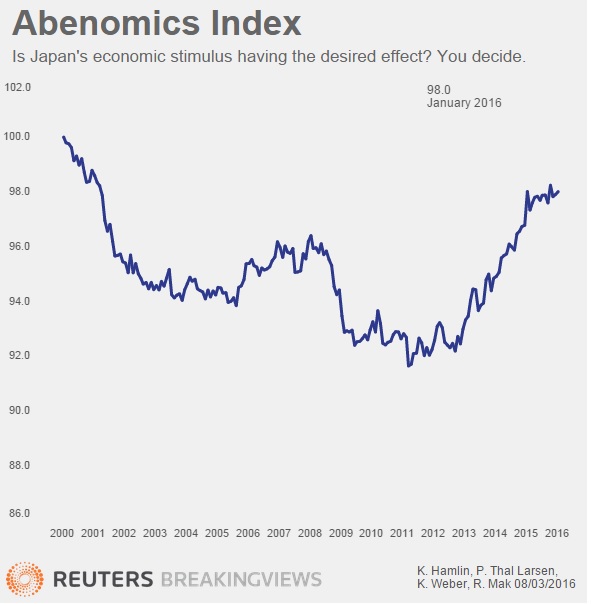 Our Abenomics Index rose slightly in January compared with the year-end, creeping closer to a 15-year high. Gains in manufacturing production and a slight uptick in loans, consumption and wages helped. But falling stocks and consumer prices were still a drag.

The Breakingviews Abenomics Index, an alternative measure of economic activity in Japan, rose to 98.0 in January, up from a revised 97.9 in December 2015.

Manufacturing production rose by 3.7 percent compared with a month earlier, while bank lending, consumption and wages increased by less than one percent each during the same period, according to Datastream.

Stock prices fell by 7.7 percent compared with December. Consumer prices fell by 0.29 percent from a month earlier, according to Datastream: that was the sharpest monthly fall since May 2014.