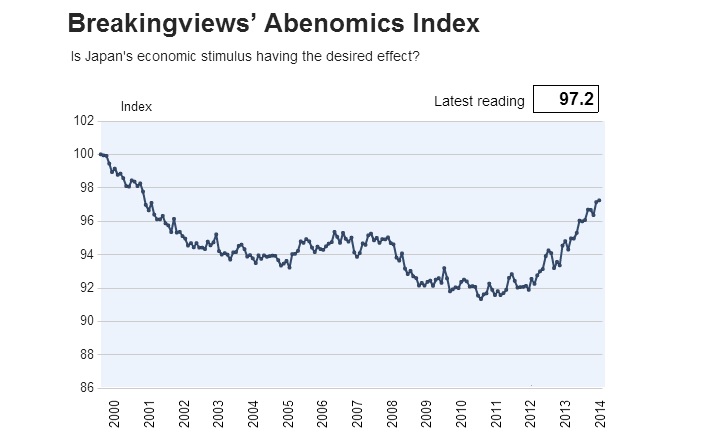 The Breakingviews Abenomics Index rose marginally in October. Private consumption improved, and the stock market zoomed ahead of Bank of Japan’s stimulus. But subdued inflation is a worry. The economy could be slow to shrug off the chilling effect of the April sales tax increase.

The Breakingviews Abenomics Index rose to 97.2 in October, up marginally from 97.15 in September.

Among the 10 constituents of the composite gauge, private consumption recovered for a second straight month, bank lending and new housing starts strengthened, the current account surplus widened, and prices of stocks and bonds increased.

Japan’s economy shrank more than initially estimated in the third quarter of 2014, according to revised GDP figures released on Dec. 8. Output fell by an annualized 1.9 percent from the previous three months, more than a preliminary reading of 1.6 percent decline.