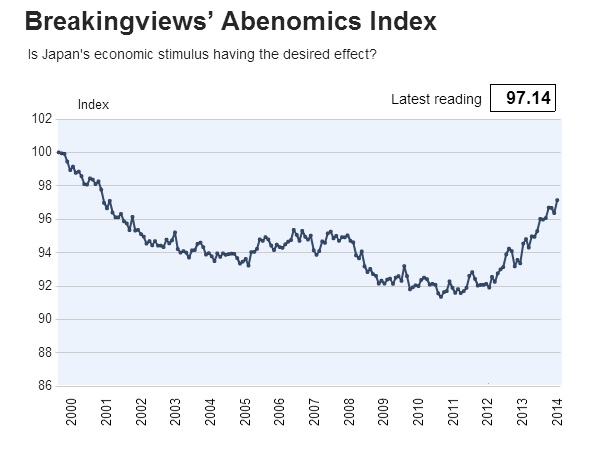 Unexpected growth in manufacturing output helped our alternative economic index to a new high in September. But it wasn’t enough to lift consumers: stagnant wages and higher sales taxes left spending in the doldrums. No wonder the central bank decided to ramp up bond purchases.

The Breakingviews Abenomics Index rose to 97.14 in September, up from a revised 96.36 in August.

Manufacturing output rose as the country’s industrial production climbed 2.7 percent year on year in September, the fastest pace in eight months, according to Japan’s trade ministry.