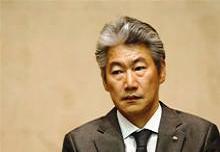 Nomura has spent most of the past five years trying to break out of Japan. So it’s ironic that the investment bank’s best full-year results since 2007 were propelled by a revival at home. As with Japan’s economic renaissance, however, investors’ hopes are running ahead of reality.

In a quarter when Japan’s Topix stock market index jumped 35 percent, the country’s biggest brokerage was always going to clean up. Revenue in Nomura’s retail division in the first three months of 2013 was 50 percent higher than in the same period of 2012 as investors snapped up stocks and mutual funds. Pre-tax profit almost trebled.

Nomura’s wholesale bank, too, had a domestic tinge. Revenue from Japan more than doubled from the same period of last year, and accounted for almost half the division’s total income. In other parts of the world, business in the Americas held up best. Europe and the rest of Asia – the areas Nomura hoped to beef up when it snapped up parts of Lehman Brothers in 2008 – were the laggards.

Capital is a bright spot. Nomura’s core Tier 1 capital ratio at the end of March was 11.7 percent. Fully applying new Basel III capital rules reduces that to 10 percent – still better than several larger rivals. Nomura’s problem is generating a return on that capital. The bank’s full-year return on equity was an unimpressive 4.9 percent, which implies it is still destroying value.

Earnings should improve again in the coming year as Nomura gets the benefits of its $1 billion cost cutting programme without the associated severance costs. Even so, it faces several potential risks. The most immediate worry is that prime minister Shinzo Abe’s policies fail to deliver the hoped-for Japanese economic revival, or that his administration proves as short-lived as those of his many predecessors. Meanwhile, Nomura’s fixed income revenues depend on central bank money-printing continuing to pump up the bond markets.

Nomura shares, which have more than doubled in value since Abe was elected in mid-December, now trade at roughly 1.3 times the bank’s book value. That leaves precious little room for disappointment.

Nomura reported its highest quarterly earnings in seven years on April 26 as the Japanese brokerage benefitted from surging trade in domestic shares and booked a one-off gain on the sale of a property affiliate’s stock.
Nomura reported 82.4 billion yen ($828 million) of earnings for the three months ending March 31. Its retail brokerage division reported revenue of 138.7 billion yen for the quarter, an increase of 50 percent over the same period of 2012. Pre-tax profit almost trebled to 57.2 billion yen.
The wholesale bank reported quarterly pre-tax profit of 35.7 billion yen, 20 percent lower than in the previous quarter, but three times the figure from a year earlier.
Within the wholesale bank, Japan generated revenue of 83.4 billion yen in the quarter, more than double the figure for the previous three months. The Americas generated 50.5 billion yen of revenue, while Europe, the Middle East and Africa produced 41.2 billion yen.
Nomura also benefited from a 50 billion yen gain on its stake in Nomura Real Estate Holdings, including a 12 billion yen gain from reducing its stake in the property developer, and a 38 billion yen unrealized gain on its holding in the company.
The bank said its Tier 1 capital was equivalent to 11.7 percent of risk-weighted assets at the end of March. Adjusted for the full implementation of all Basel III capital rules, the ratio would be 10 percent.
Nomura increased its final dividend to 6 yen per share, making a full-year dividend of 8 yen.