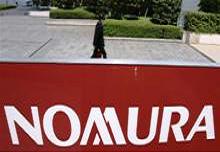 Handing responsibility for the sale of a $6 billion stake in Japan Tobacco to Nomura Holdings’ rivals after the bank apologized for leaking earlier share sales seemed like a rebuke from Japan’s government. But Nomura probably lost fair and square. Either way, though, Tokyo needs to make such leaks illegal and attempts to profit on them much more painful.

Privatizing a third of the government’s 50 percent stake in the tobacco giant is the kind of deal bankers love. So losing the deal to smaller rivals reinforces the image of Nomura as a teetering colossus. Though it still dominates Japan’s investment banking scene, its leading market share in stock sales slipped last year to 30 percent from 37 percent. The company’s shares have lost a quarter of their value since March and some shareholders are restless as Wednesday’s annual meeting approaches – with one irate owner proposing votes on things as wide-ranging as executive pay and underarm odor.

The firm’s admission that its employees leaked information to clients ahead of three public share offerings in 2010 doesn’t help. But despite appearances, that’s unlikely to have contributed to the Japan Tobacco win by rivals Daiwa and Mizuho. The government’s beauty contest relied on a 160-point scoring system, with only 20 points for regulatory compliance.

Nomura’s transgressions should matter much more. Leaking inside information isn’t illegal in Japan. Only trading on it is. Overzealous underwriters can clue favored investors into upcoming secondary issues, which gives them a head start to profit from the typical discount for such sales, sometimes by selling the issuer’s stock short before the public announcement of the sale. That can help underwriters too. Because shorting tends to drive a stock price lower, it can make it easier for them to sell the stock they’re on the hook for.

Japan’s rules don’t provide much disincentive. Regulators imposed a mere 10 million yen ($125,000) fine on First New York Securities for trading on information about a share offering in 2010. And even that’s a fortune next to the 130,000 yen they fined Chuo Mitsui for profiting on leaks from Nomura.

In contrast to former McKinsey supremo and Goldman Sachs diretor Rajat Gupta in the United States, Japan’s insider traders also face no jail time. Tip-offs help the favored few investors and the underwriters, while companies, ordinary shareholders and the efficiency of Japan’s capital market lose out. To stamp out unfair insider trading, Tokyo needs to extract more than paltry fines and apologies.

Japan’s Ministry of Finance said on June 18 that it had chosen Daiwa Securities, Goldman Sachs, JPMorgan Chase and Mizuho Securities as underwriters for the sale of its $6 billion stake in Japan Tobacco. Notable by its absence was Nomura Holdings, Japan’s largest brokerage.
Nomura acknowledged for the first time on June 8 that employees had leaked confidential information on public share offerings, referring to three separate investigations by Japan’s Securities and Exchange Surveillance Commission into insider trading in 2010. It said it was conducting its own internal investigation.
Nomura Holdings’ 108th annual shareholder meeting is scheduled for June 27.